GOSSIPONTHIS.COM Crime Rayshard Brooks Was on Probation & Could Have Gone Back to Prison... 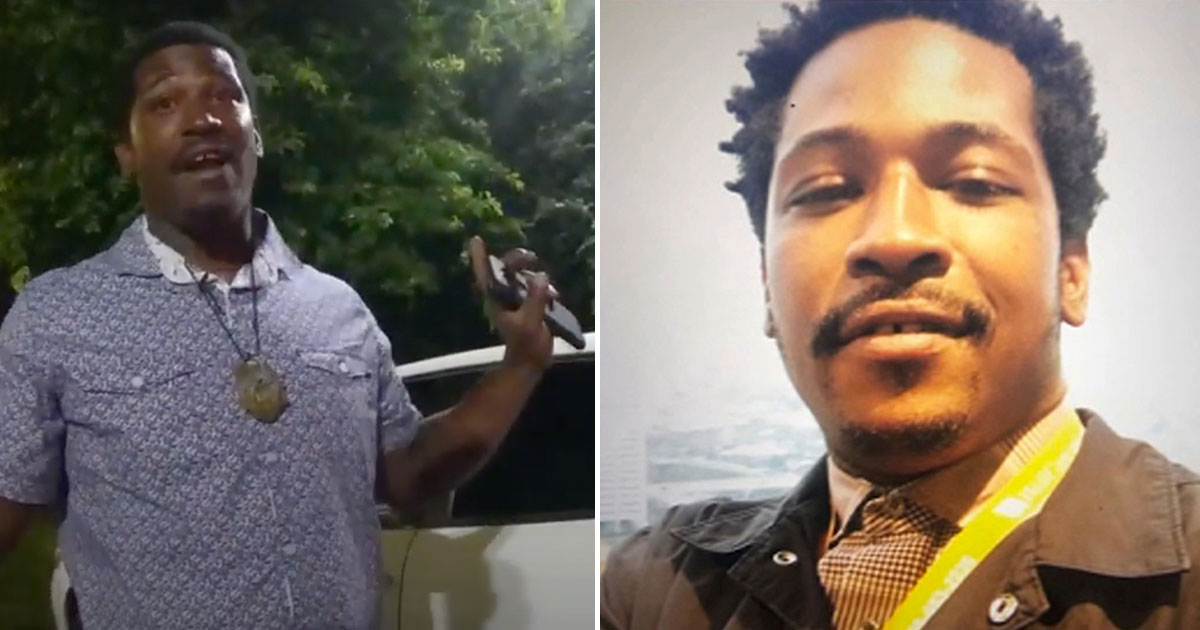 Rayshard Brooks was on probation when he was found asleep and intoxicated at a Wendy’s drive-thru, and he feared going back to prison if he ended up being charged with DUI, which may explain why he tried to make a run for it when police tried to arrest him.

Brooks was shot and killed Friday (Jun. 12) when cops received a 911 call to the Wendy’s at University Avenue in Atlanta after Brooks fell asleep behind the wheel of his car and blocking the fast-food restaurant’s drive-thru lane.

Bodycam footage released of Brooks’ interaction with police before the fatal shooting showed him being polite and compliant with officers for 20 minutes while officers Devin Brosnan and Garrett Rolfe questioned him about how much he’d had to drink and how he ended up in the drive-thru.

At one point during his interaction with police, Brooks suggested to officers that he could just leave his car parked in the parking lot and walk home because it wasn’t far. “My sister’s house is right here,” he said pointing in the direction of the house he wanted to walk to.

But after Brooks failed a field sobriety test and blew a 0.108 into a breathalyzer, with 0.08 being the legal limit in Georgia, Rolfe tried to place Brooks under arrest.

Brooks resisted and a scuffle between him and the officers ensued. One cop could be heard shouting to Brooks “stop fighting” and warned him that he was going to tase him.

After Brooks took a taser from one of the cops, he tried to make a run for it, and that’s when he was shot at three times, twice in the back and once in the buttocks, an autopsy report revealed.

Now, the Daily Mail has revealed what caused Brooks to panic and run away when the cops tried to arrest him:

The charges to which Brooks pleaded guilty and for which he was still on probation dated back to August 2014 when he was convicted on four counts – False Imprisonment, Simple Battery/Family, Battery Simple and Felony Cruelty/Cruelty to Children.

He was tried in Clayton County and sentenced to seven years on the first count, with one year in prison and six on probation and 12 months for each of the other three counts, sentences to be served concurrently.

His sentence was revised, and he was sent back to prison for 12 months in July 2016 when he violated the terms of his probation.

Brooks had not been in trouble since that year until last December when he went to Ohio without informing his probation officer and a warrant was issued for his arrest.

That warrant was revoked and the case dismissed when he returned to Georgia on January 6.

Brooks’ wife, Tomika Miller, said he was a devoted husband to her and a loving father to their three daughters and his stepson.

Speaking to CNN, Miller recalled her husband as a happy person who always kept her spirits up and doted on their children.

She has told how Brooks pushed her to be a better person and said of her children: “They got him wrapped around their little fingers.”

“There’s nothing they can’t have even when I’m saying, ‘Hey, stop, don’t give them that, they don’t need that.'”

She last saw her husband at 4pm on Friday when she went home to unwind after the family had gone bowling, an outing at which she said, they “had a blast.”

Now she revealed her one great regret for which she carries a sense of guilt is that she did not stay with Brooks that day.

She said: “I know he wanted me to stay with him. I was just so tired that day.”

Brooks’ death was ruled a homicide by the Fulton County Medical Examiner, who conducted an autopsy on Sunday (Jun. 14).

DailyMail.com can also reveal that Rolfe begged Brooks to live as he desperately administered CPR to the dying man.

Rolfe’s bodycam came off during the violent altercation that erupted when he tried to cuff Brooks telling him he’d had too much to drink to be driving.

But the camera never stopped recording, as it was picked up and carried around by other officers called out to investigate the shooting before eventually being returned to its owner.

Amid angry shouts and accusations from by-standers Rolfe can be clearly heard pleading, “Mr. Brooks keep breathing. Keep breathing for me.”

The jerky bodycam footage captures him kneeling on the ground and administering CPR to the bleeding man while Brosnan looks on.

Rolfe administered CPR until the ambulance arrived and can be heard repeatedly calling Mr. Brooks’ name as he tried to keep him alive.

The Georgia Bureau of Investigations are still investigating the shooting and Fulton County District Attorney Paul Howard is considering bringing charges against officer Rolfe who fired three times with two bullets striking Brooks in the back.

According Howard from what he has seen Rolfe would have a hard time arguing self-defense, despite the fact that Brooks grabbed Brosnan’s taser and turned to deploy the stun gun against Rolfe as he chased him.

Howard has stated that a Taser is not a lethal weapon and that therefore the officers’ lives could not be considered under threat as they had already established that Brooks was otherwise unarmed.

Regardless of what was on Rayshard Brooks’ criminal record prior to the Wendy’s incident, he did NOT deserve to be shot in the back and killed by police.