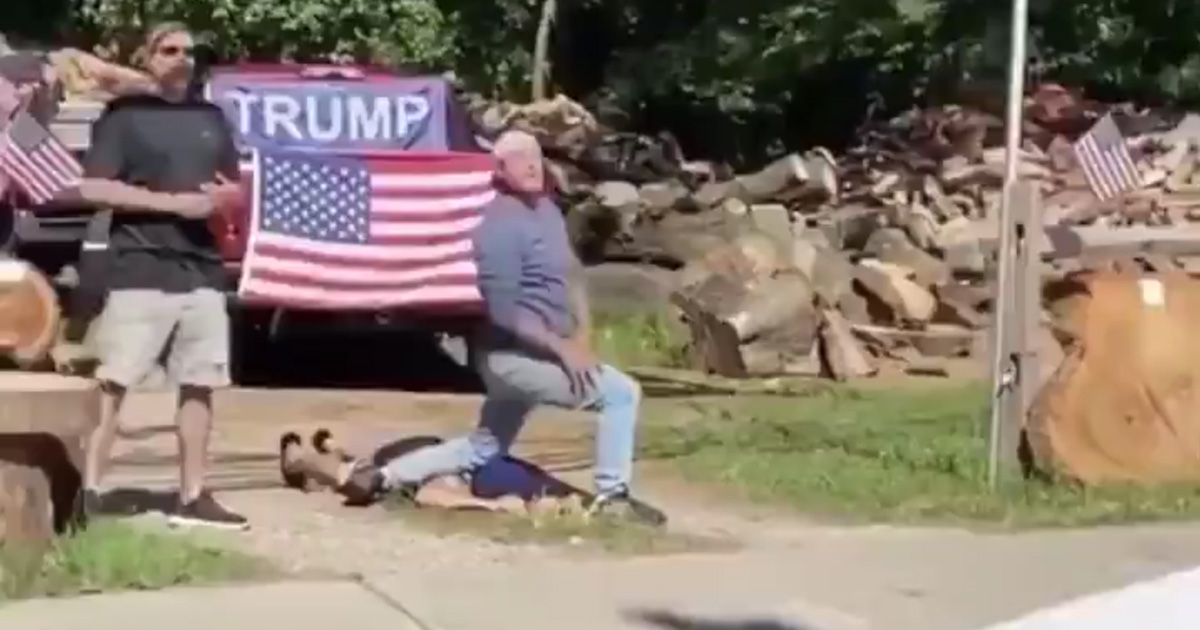 Two more white men have lost their jobs for mocking the tragic death of George Floyd, who was murdered by police officers in an incident that has sparked protests across the nation.

One of those protests occurred in Franklin Township, New Jersey. As the group of Black Lives Matter activists marched peacefully through the small town, they passed by a demonstration from counter-protestors.

Just would like to speak about how disgusting, racist and evil people can genuinely be. Couple of Franklinville trump supporters mocking the tragedy of George Floyd. Twitter, do your thing please. This is unacceptable and disturbing pic.twitter.com/rgX37UuUEX

Video from the march shows one white man resting with his knee on the neck of another white man. It’s the same manner in which Floyd was killed by a police officer. The two stood in front of pickup trucks adorned with flags supporting Donald Trump and the Blue Lives Matter movement.

The incident was disturbing for the peaceful protestors who are advocating against police brutality that has left many African Americans dead from excessive police force.

“It automatically brought me to tears,” Daryan Fennal, a local organizer of the protest, told reporters. “The display yesterday showed me that racism is real, racism is alive, it’s right next door to you.”

Once the video went viral, the identities of the two men were discovered by their employers.

One, Joseph Demarco, worked with the New Jersey Department of Corrections as a senior corrections officer at Bayside State Prison in Leesburg, and once they found out about the act, they quickly put the man on leave.

“The individual has been suspended from their post and banned from NJDOC facilities pending a thorough and expedited investigation,” their statement said.

The other man, who worked for FedEx and was identified as James Demarco (Joseph’s brother?), was outright fired over the incident.

“FedEx holds its team members to a high standard of personal conduct and we do not tolerate the kind of appalling and offensive behavior depicted in the video,” the company said. “We stand with those who support justice and equality.”

FedEx holds its team members to a high standard of personal conduct, and we do not tolerate the kind of appalling and offensive behavior depicted in this video. The individual involved is no longer employed by FedEx. We stand with those who support justice and equality.

This isn’t the first case of people losing their jobs for mocking the death of Floyd. Back in May, a wrestling coach in Washington was let go after posting similar messages online.