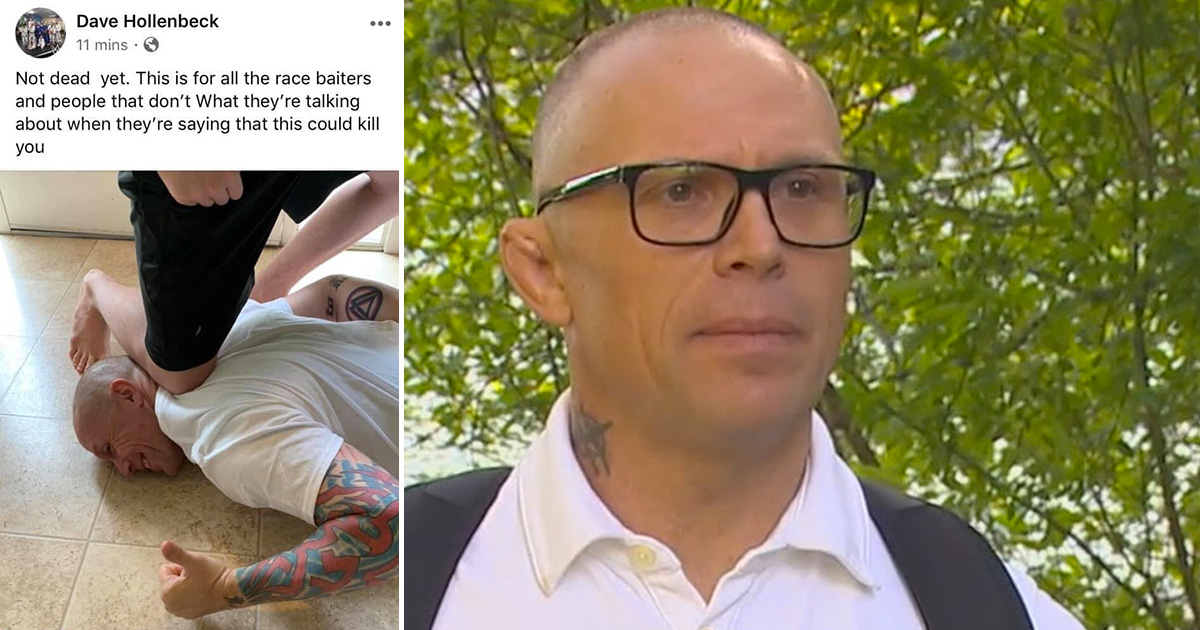 A wrestling coach at the Bethel School District in Washington has been fired after a Facebook post that appeared to mock the tragic death of George Floyd that was caught on video earlier this week.

Dave Hollenbeck, who was a first-year wrestling coach at Bethel High School in Spanaway posting a picture of himself smiling as another person pressed their knee into his neck. The imagery is similar to the nature that officer Derek Chauvin killed the unarmed Floyd.

“Not dead yet”: @BethelSD says it’s investigating this social media post of a first-year wrestling coach at Bethel High School who’s pictured with a knee pressed into his neck. #GeorgeFloyd pic.twitter.com/sOcVCoSjoJ

According to reports, in the now-deleted Facebook post, Hollenbeck wrote: “Not dead yet I’m doing this for Are police officers the media is a race baiting machine and I’m tired of it I’m going to speak out every time if you don’t like that I’m sorry but I love ALL people…Wake up America.”

He then followed that up with another grammatically incorrect edit that read: “Not dead yet. This is for all the race baiters and people that don’t What they’re talking about when they’re saying this could kill you.”

The post sparked outrage on social media, with many people taking to Twitter to denounce Hollenbeck’s insensitive comments.

you can tap out and he’s going to release you.

Friendly reminder that @hollenbeck_dave is a racist piece of shit who should have to live every day knowing what his racism cost.

The backlash caused the Bethel School District to perform an investigation into the matter, and on Thursday (May 28), they released the following statement:

“We have completed our investigation. Dave Hollenbeck is no longer employed by the Bethel School District. His behavior was not consistent with our equity initiatives and nondiscrimination policies.”

Despite being fired and receiving so much criticism online, Hollenbeck has come out and defended his position.

He also participated in an interview with KIRO 7 Seattle where he doubled down on his stance, saying, “I did not tell any lies. I showed that I was okay from a knee on my neck. That is it…The media was pushing an agenda.”