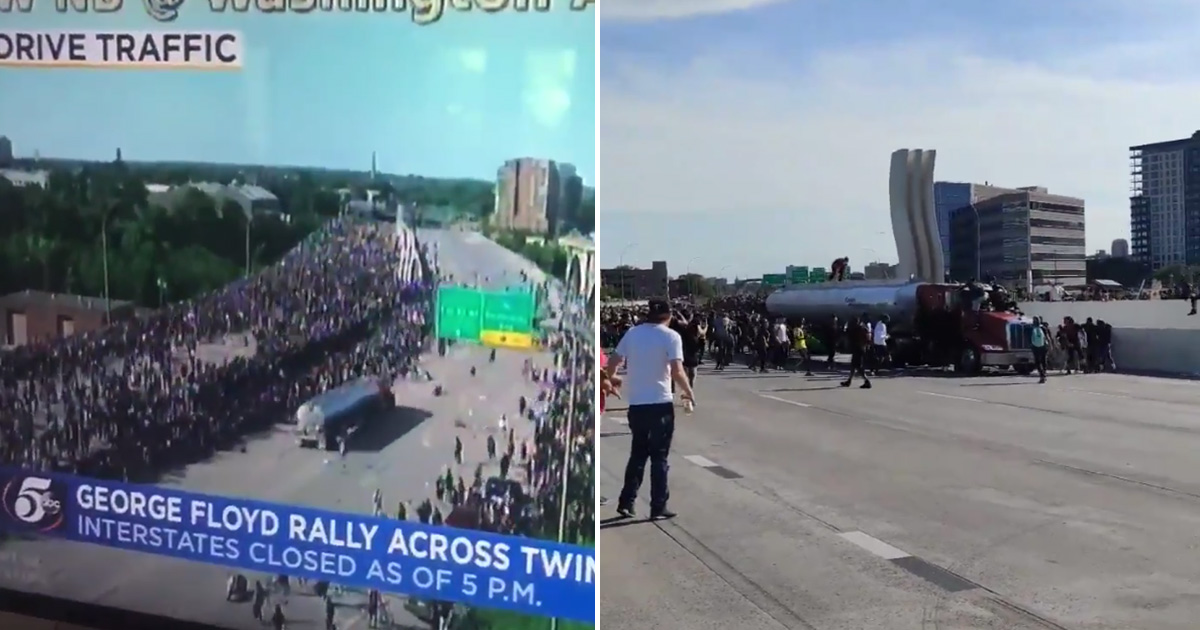 Video footage surfaced showing thousands of Minneapolis protesters scattering as the driver of a tanker truck speeds towards the crowd on the highway.

Thousands of Minneapolis residents were peacefully protesting on the I-35W bridge Sunday evening (May 31) when all of a sudden a semi-truck came barreling into the crowd.

After the semi-truck eventually slowed down to a stop, the crowd immediately rushed to swarm the massive vehicle.

Interstates in the city have been closed since 5 p.m. so it’s unclear how the truck was able to get that close to the protesters.

The shocking incident aired live on television as a local news crew covered the rising tension between citizens and the city’s police department after the killing of George Floyd by former Minneapolis Police Department cop Derek Chauvin.

The Minneapolis Department of Public Safety later said on Twitter that the driver was injured and taken to a hospital with non-life-threatening injuries and it didn’t appear as though any of the protesters were hit by the truck.

Officials said they were working to determine how the truck got onto the interstate.

Very disturbing actions by a truck driver on I-35W, inciting a crowd of peaceful demonstrators. The truck driver was injured & taken to a hospital with non-life threatening injuries. He is under arrest. It doesn’t appear any protesters were hit by the truck. #MACCMN

We are working with our partners at @MnDOT to determine how the semi got onto I-35W. #MACCMN