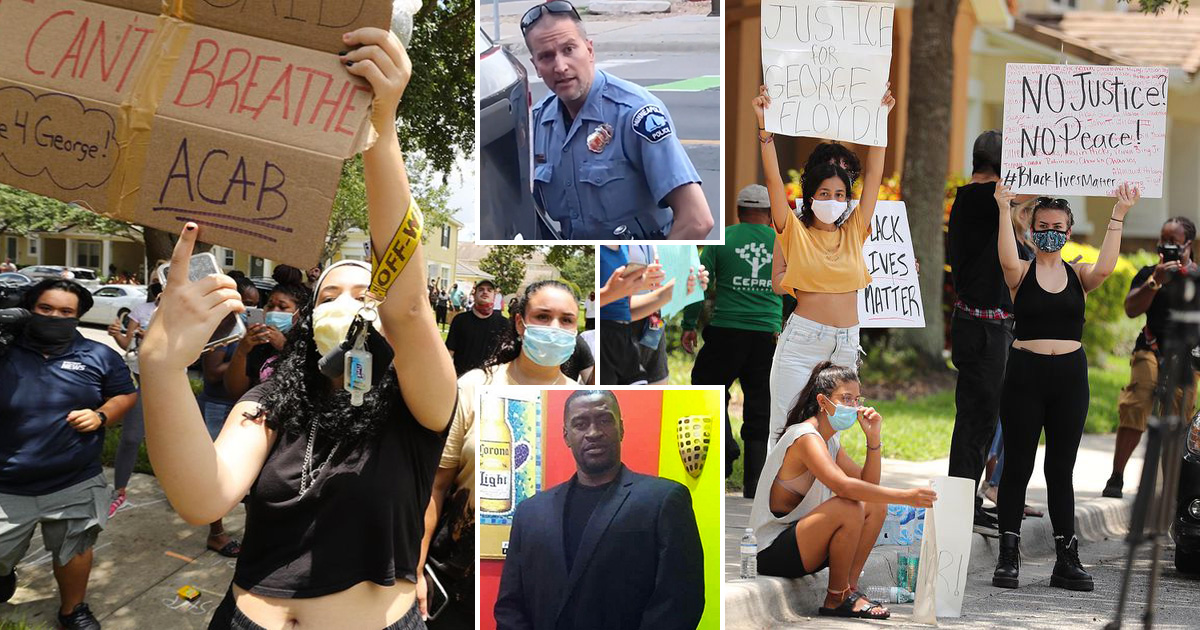 Despite officer Derek Chauvin, who was captured on video earlier this week suffocating the late George Floyd, being arrested for murder, residents in Florida continue to protest outside what is believed to be his vacation home.

Other users took to Twitter claiming that the fired, and now arrested, officer had fled from Minnesota to his west Orange County home following protests outside of his house in Oakdale, Minnesota against his abuse of power after he killed Floyd—who was not only unarmed but handcuffed and laying on the ground, begging for his life. 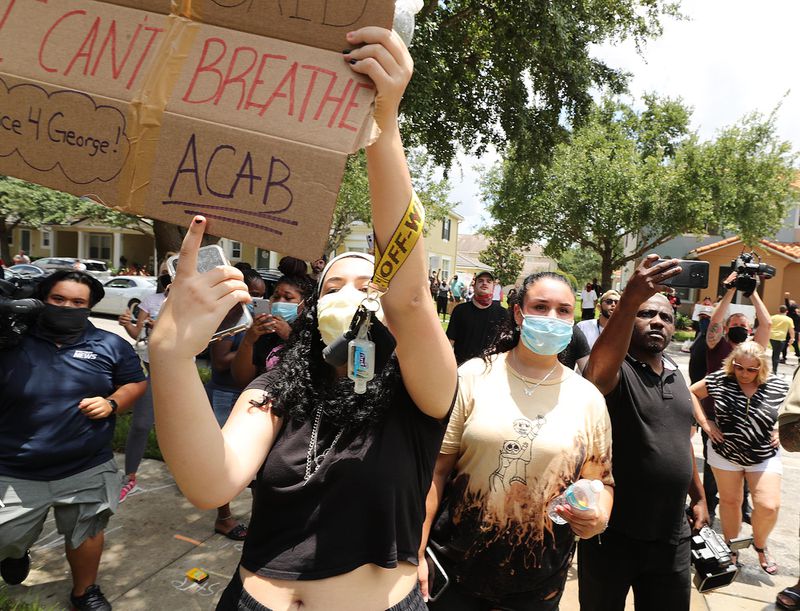 Despite the news that Chauvin was actually in custody, protesters continued to stand outside of his home, angry at the fact that it took so long for officials to place the officer under arrest.

They also wanted to stand in solidarity to show their support for Floyd. 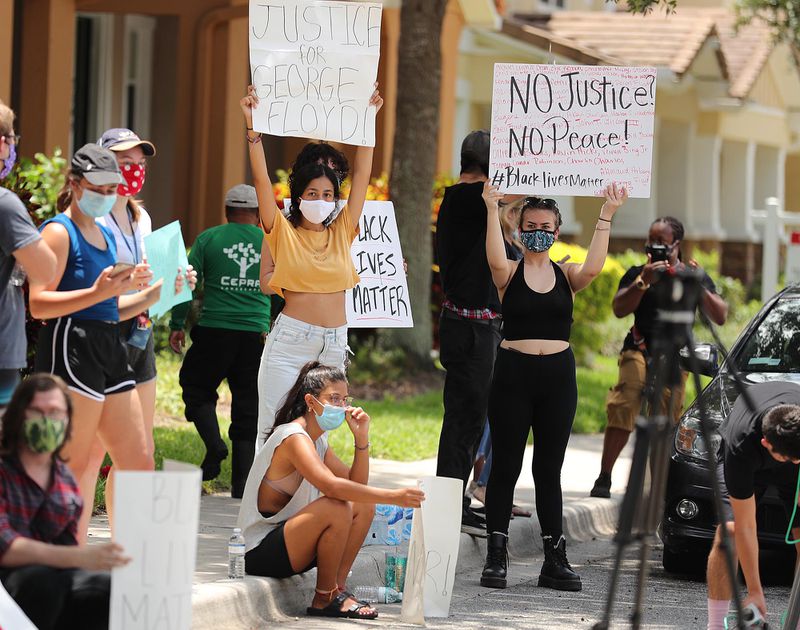 The protesters carried signs that say “Justice for George” and “He said I can’t breathe” in reference to some of Floyd’s last words heard in the disturbing video, reporters indicate.

News spread that fired Minneapolis police officer Derek Chauvin was arrested for the death of George Floyd. Demonstrators stood outside Chauvin’s family vacation home in Central Florida, they say, to say it is time for humanity to address the injustices and begin to heal. pic.twitter.com/AhD9UV4BAA

One of the protesters also scrawled “murderer” and “Justice for George Floyd” in chalk on the sidewalk outside of the home.

While one neighbor told reporters that “all hell broke loose,” the protest has been peaceful the entire time.

Despite so many people being present, and emotions being so high, local deputies said, “OCSO has had no issues with anyone on scene,” WFTV reports.

Orange County Sheriff John Mina even came out denouncing the actions of the police officers responsible for Floyd’s death on Twitter.

Inexcusable, indefensible, and in my opinion unlawful. The video of #GeorgeFloyd dying is tragic and very sad. We must hold those responsible accountable for their actions. Our profession must improve… Now.

Meanwhile, in Minnesota, Chauvin has been charged with third-degree murder and manslaughter, but none of the other three officers have yet to be charged for their involvement in the killing.