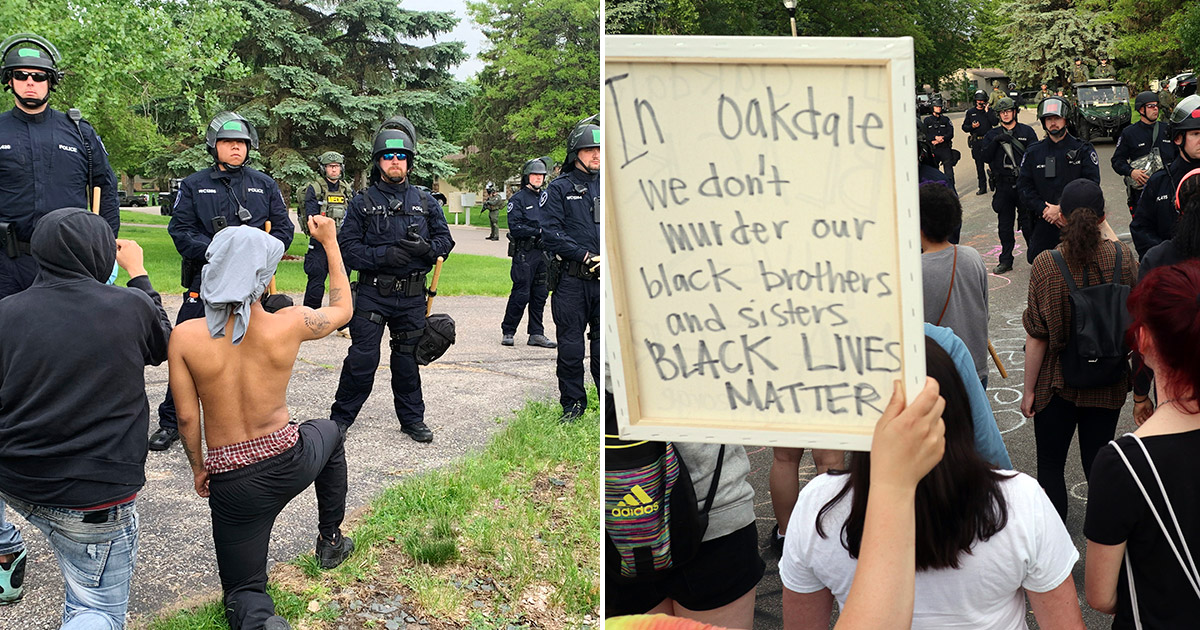 We previously reported that on Tuesday evening (May 26), protesters had located the home of Derek Chauvin, the former Minneapolis police officer directly responsible for the death of George Floyd, who passed away because Chauvin was kneeling on his neck while arresting him for a suspected “forgery in progress.”

“Look how many f***ing people are defending this killer’s house!” a woman could be heard saying as she walks down the street scanning what looks like an endless row of police officers standing guard in front of the property at nighttime.

So how are they gonna protect a murders house but not target smh pic.twitter.com/QKPOOvKFIo

It isn’t clear when the video above was filmed, however, the Oakdale Police Department released a statement Tuesday after they say they responded to the area of the 7500 block of 17th North Street in response to reports of a disturbance in the area.

“The disturbances were related to the belief an officer involved in the Minneapolis critical incident may reside in the neighborhood,” police said in the news release.

Police said the protests continued throughout Tuesday afternoon, into the evening and then spilled over into Wednesday.

The department noted that the protests were mostly peaceful, however, they maintained a presence in the area and put up road barricades for the safety of the neighborhood’s residents.

The Washington County Mobile Field Force was eventually deployed to disperse a large gathering in the neighborhood Tuesday, police said.

“Oakdale Police Department empathizes with a hurting community and recognizes the ability of its citizens to peacefully protest in public spaces in an orderly, civil and lawful manner,” the police department said in a statement.

Protests continue to grow in Minneapolis and surrounding areas with buildings being burned and big-box retail stores being looted as people call for the officers involved with Floyd’s death to be arrested and criminally charged because simply firing them is not enough.