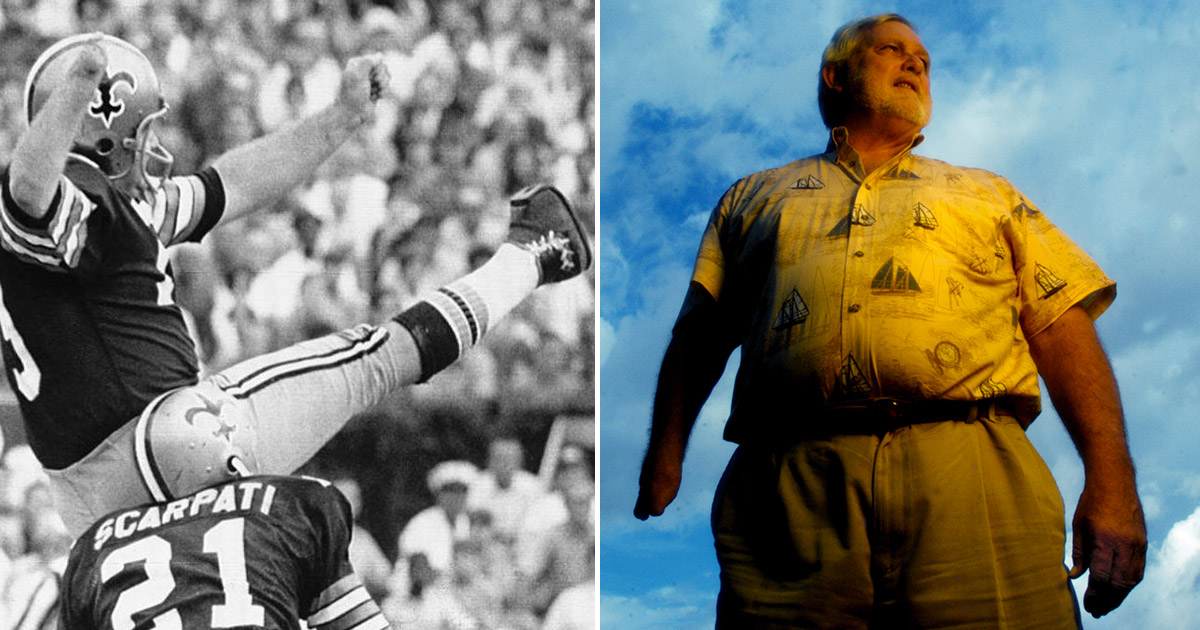 Tom Dempsey, a legendary NFL kicker best known for his record-setting 63-yard game-winning field goal back in 1970, died Saturday (Apr. 4) from complications from coronavirus, his family confirmed to the Times-Picayune. He was 73 years old.

Dempsey was born without toes on his right foot and without fingers on his right hand, but was able to excel as an NFL kicker thanks to a small, specially designed flat shoe he wore on his kicking foot, which is now on display at the Pro Football Hall of Fame in Canton, Ohio.

Dempsey’s record-setting field goal happened while he was a kicker for the New Orleans Saints during the last play their game against the Detroit Lions on November 8th, 1970 at Tulane Stadium in New Orleans, which helped the Saints achieve a 19-17 victory. His 63-yard field goal beat the previous record by seven years.

“They called down and said, ‘Tell Stumpy (his nickname) to get ready. We’re going to kick a long field goal.’ I don’t think they planned on making it a 63-yard field goal,” Dempsey said years later in a 2010 interview.

“I had confidence I could kick the ball 62 yards,” Dempsey told reporters after the game in 1970. “But I was wondering whether I could kick it straight 62 or 63 yards, whatever it was. You have to kick the ball as hard as you possibly can, but yet try to hit it square and that’s kind of a hard job really.”

Dempsey’s record has since been matched by five kickers and it was broken by Denver Broncos kicker Matt Prater in 2013 when he scored a 64-yard field goal.

When his daughter, Ashley Dempsey, told him that his record had finally been broken, the former kicker said it “Must have been a heckuva kick,” the Times-Picayune reported.

During his entire 11-year NFL career, Dempsey made 159 out of 258 field goals attempted.

Dempsey had been battling Alzheimer’s and dementia since 2012 and was living in a New Orleans retirement home where 15 patients have died from COVID-19. He tested positive for the disease on March 25th and was reportedly showing signs of recovery, but passed away late Saturday.

Dempsey’s family said they’re planning a small funeral due to crowd-size restrictions from officials to help slow the spread of COVID-19, but when those restrictions are lifted, his daughter Ashley said the family will arrange a larger memorial.