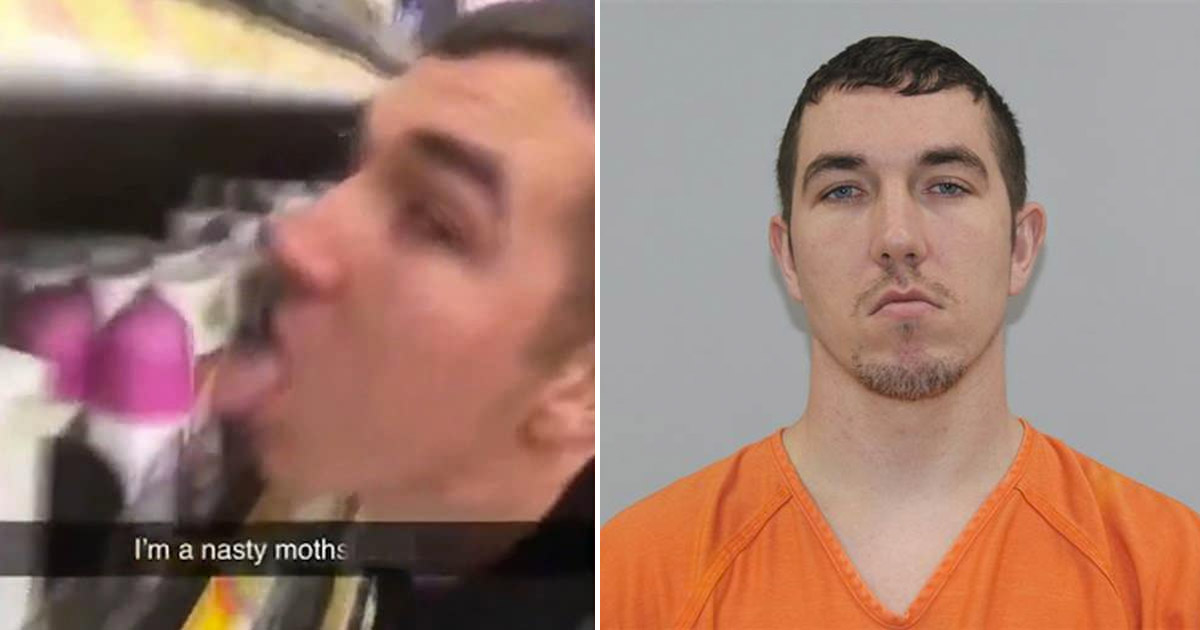 A man accused by police of licking items in a Missouri Walmart store during the coronavirus outbreak has been charged with making a terrorist threat.

26-year-old Cody Lee Pfister was charged by the Warren County Prosecuting Attorney’s Office after police said he made a video of himself licking items on the shelf in a Walmart store.

A video clip posted on social media shows a man, believed to be Pfister, saying to the camera: “Who’s scared of coronavirus? Don’t touch your mouth…” before running his bare tongue across a row of deodorants on the shelf.

“A local resident who took a video of themselves licking the merchandise after making a ‘Corona Virus’ statement at Walmart and posting it to social media has been taken into custody,” read a statement from the City of Warrenton Police Department on Monday (Mar. 23). “Charges will be pending through the Warren County Prosecuting Attorney’s Office.”

After his arrest, Pfister was charged with making a terrorist threat in the second degree.

In Missouri, making a terrorist threat in the second degree means ignoring the risk of “causing the evacuation, quarantine or closure of any portion of a building.” The crime is a class E felony, which means those charged with it can face up to four years in prison and be required to pay a fine.

Court documents state the incident took place on March 11th and Pfister “knowingly caused a false belief or fear that a condition involving danger to life existed.” The docs added that Pfister acted “with reckless disregard of the risk causing the evacuation, quarantine or closure of any portion” of Walmart.

Patrick J. Coyne, an attorney representing Pfister, said in a statement Wednesday (Mar. 25) after his client’s hearing that the video was actually filmed on March the 10th, conveniently one day before the World Health Organization (WHO) declared the COVID-19 outbreak a pandemic.

“Public conduct that was immature on March 10 looks completely differently through the lens of today,” Coyne said. “Everything has changed at warp speed, but that should not work retroactively and convert a tasteless and impulsive act into a criminal terrorist threat.”

According to the St. Louis Post-Dispatch, Pfister previously pleaded guilty to charges including burglary and stealing a firearm.

The U.S. Centers for Disease Control has warned that the coronavirus can stay on various surfaces for anywhere between a few hours or several days and people can become infected from touching an item that an infected person has touched.

The CDC says that “a person can get COVID-19 by touching a surface or object that has the virus on it and then touching their own mouth.”