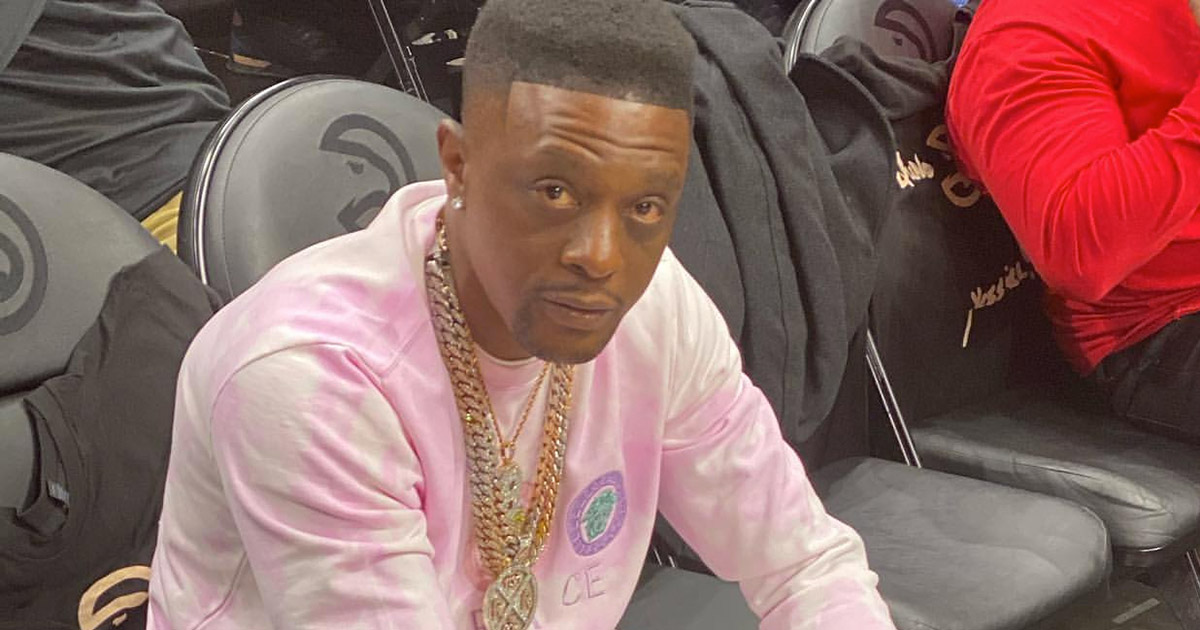 Just last week, Boosie was admonishing Dwyane Wade for accepting his own child’s gender identity, and now, he’s making some highly questionable comments about his son’s friend’s facial features, saying that his lips are perfect for performing oral sex on a woman because they are “nice and fluffy.”

During a recent Instagram Live session, Boosie can be heard telling his teenage son, off-camera: “I’m gonna teach your friend how to eat p***y. You gotta give him about eight more months, mayne. I’ma teach him. About nine more months, mayne. Wait ’til he get in the 11th grade or something, dawg. For real, mayne. He don’t need to be munching yet, mayne. For real … that boy got a nice set of lips on his sh*t too.”

Boosie then turned to his son’s friend, who could not also be seen on camera: “Boy you gotta nice pair on you, boy!” in a tone reminiscent of a white slave master talking to a black mandingo.

How Boosie talk about D. Wade kid sexual choices then do this? Lmao gtfoh pic.twitter.com/vzPcr8LIqA

As you can imagine, the Twitter responses are exactly what they should be. Disgust, shock, outrage, etc. with some reminding folks that this isn’t the first time Boosie (or “Bussy,” his new Twitter nickname) has proudly displayed homosexual tendencies.

Remember that time he said this time last year, in regards to the Jussie Smollett debacle: “d**k make you do some crazy shit?”

Then there was that one time he told that vivid story of walking in on two men having sex while he was in prison.

So, in this instance, his infatuation with a young male’s lips should definitely be questioned, but he’s Boosie and is apparently uncheckable on a much grander scale (besides Planet Fitness of course).

This is so disturbing. He’s a predator. He should be locked up talking to kids like that.

the only time u hear about boosie is when he is talking about other people’s sexuality/gender identity. like damn worry about that album that only sold 300 copies ?

lmao it’s like no matter who he was talking to in the room, he’s out of pocket. Big yikes. ?

Why is he so infatuated with a kid's lips??

@BOOSIEOFFICIAL is talking like he in the movie Deliverance ? “them lips boy” pic.twitter.com/LDvLX7eWac

By the way, if you think this is “normal” or “real talk” yall fucking weird as fuck and need to evaluate yourselves.

Can y’all please stop making it seem like this is a southern thing cause it’s not. Y’all parents and guardians was just on some sick shit

the dude is literally talking about a teenager’s lips…..and it’s a joke? this is exactly why niggas be getting away with this sort of behavior. dudes like you like it ride, like some damn idiots.

There must be two souths