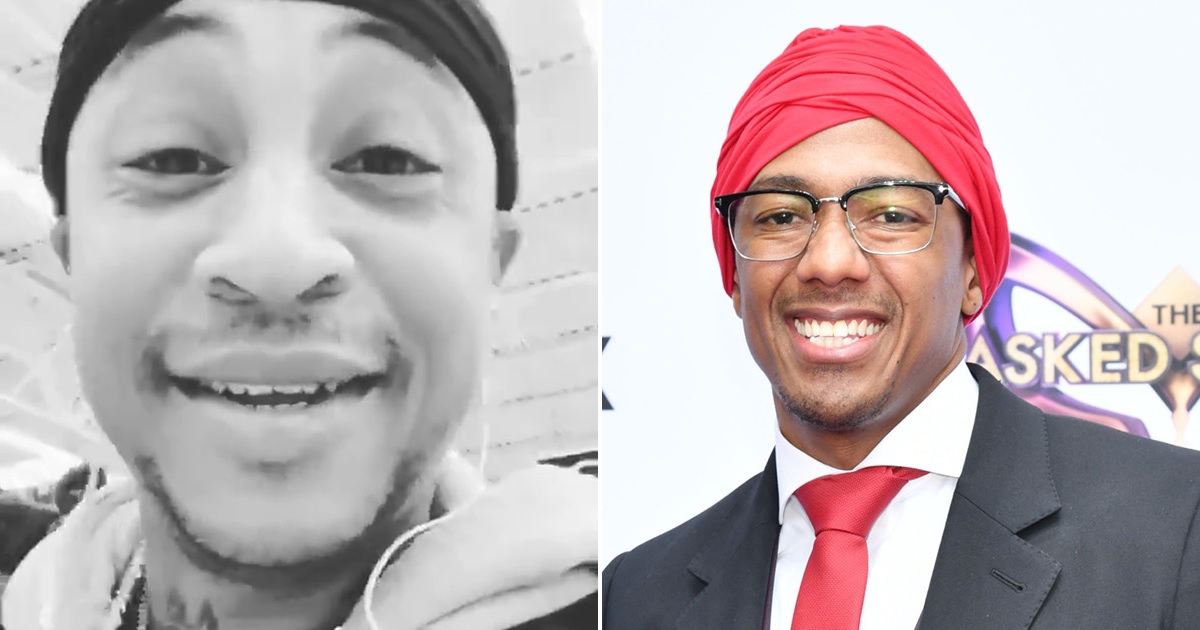 Cannon said when he first caught wind Brown’s comments, he thought it was “f**king hilarious!!!!” But once he took everything in, he thought this whole situation could be used as a “great opportunity for a ‘teachable moment'”

“First off let me say I am praying for the young brother Orlando even though I don’t really know him personally, I have always loved and enjoyed his talent and have been a fan of his past work.

“He was f**king brilliant in Major Payne, and had us all laughing on ‘Thats So Raven.’ But this is another crucial example of when we allow our young artists to be prematurely exposed by this demonic business and left out to fend for themselves. We need better support systems for our youth and take care of our own.”

Whenever Orlando Brown resurfaces nowadays, you know it’s for some wild-n-out mess. And this time is no different.

A video of Brown went viral on Wednesday (Jan. 22). In the black and white self-recorded clip, the former child star claims that Nick Cannon once gave him oral sex!

“Everybody knows you did it as a female. But, Nick you sucked my d*ck. Nick been sucking d*ck,” he said as he giggled and laughed.

It’s unclear what prompted Brown to make this unfounded claim. Brown and the Wild ‘n Out host were both child performers in the 90s and early 2000s, so the two may have crossed paths or ran in the same circle.

However, there’s just no proof that a sexual encounter ever occurred, and let’s just be honest … Orlando’s elevator hasn’t gone to the top in some time now.

Twitter, of course, did not pass up the opportunity to clown Brown (and Cannon) once the video went viral.

Nick Cannon: what u trynna do?
Orlando Brown: pic.twitter.com/Fw4jDpMvOk

So you mean to tell me Orlando Brown is saying Nick Cannon did this to him? ?? dude is funny lol pic.twitter.com/7WkTZ1wpJ2

I'm sorry…..I am not beliving that Nick Cannon sucked Orlando Brown's musty, dusty coke dick back in the day. No Mam. pic.twitter.com/oEfiJ1wWZj

Nick when he has to stop recording his 13 eminem diss to address what Orlando brown said… pic.twitter.com/ceuMngowtr

Saw Orlando Brown trending and thought he was finally getting his life together pic.twitter.com/N2UXH4JeQN

Over the past few years, Brown has exhibited bizarre behavior and has had several run-ins with the cops, often involving drugs.

He even once claimed he and former That’s So Raven co-star, Raven-Symone had a sexual relationship and she aborted his child.

Back in 2018, Brown appeared on Dr. Phil and openly discussed his struggles with mental illness, drugs, and homelessness.

Cannon has not commented on Brown’s claim. However, it does come just one month after he made a similar allegation in his Eminem diss track, “The Invitation,” toward the Detroit rapper.

“I heard your chauffeur got a video of you sucking a cock,” Cannon raps. “You paid him off then laid him off/Now who really the opps.”