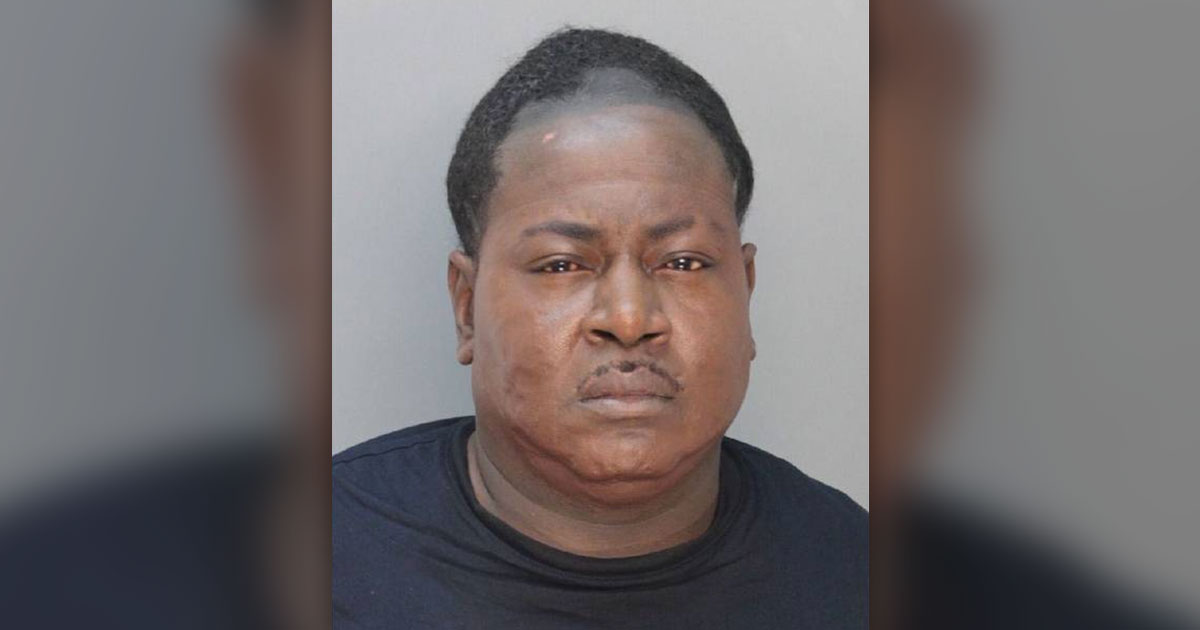 Trick Daddy just put the “madness” in “mugshot madness” with his latest arrest and mugshot.

The Miami rapper, whose real name is Maurice Samuel Young, was busted early this morning for possession of cocaine and driving under the influence.

Per the arrest report (via the Miami Herald), a Miami-Dade officer responded to a report of a driver in a dark-colored Range Rover hitting signs and running red lights on the area of Southwest 128th Avenue and 42nd Street around 3:20 a.m.

When the officer approached the driver’s side, he noticed that the driver (Trick Daddy) “appeared to be asleep behind the wheel.”

After being awakened by a knock at the window, Trick told the officer he was on his way home after just dropping someone off following a night out at the club.

When asked if he’d had anything to drink that night, Trick said he’d had about five drinks hours ago.

The cops said they saw him with bloodshot eyes and using slurred speech, so they asked him to perform a series of field sobriety tests.

The rapper was then arrested on suspicion of driving under the influence.

He refused to provide a breath sample once he got to the jail, police said, and upon searching his belongings, they found a dollar bill with what appeared to be cocaine residue on the inside.

At that point, he was booked for DUI and coke possession. His bond for the cocaine charge was $5,000 and another $1,000 for DUI.

As the Miami Herald notes, this is far from Trick Daddy’s first coke possession arrest.

He was arrested back in 2014 when police went to his house and found a gram of cocaine on his nightstand and a 9mm handgun under his pillow.

In that case, he was charged with possession of cocaine, possession of a firearm and ammunition by a convicted felon, and driving with a suspended license.

He was also arrested way back in 1991 on a cocaine possession charge, as well as carrying a concealed firearm and violating probation, which caused him to serve more than two years in prison.

In 2003, he was arrested on assault charges for threatening to kill a man over a street basketball game.

Now, with all that being said … WTF IS GOING ON WITH HIS HAIRLINE IN THAT MUGSHOT?!?