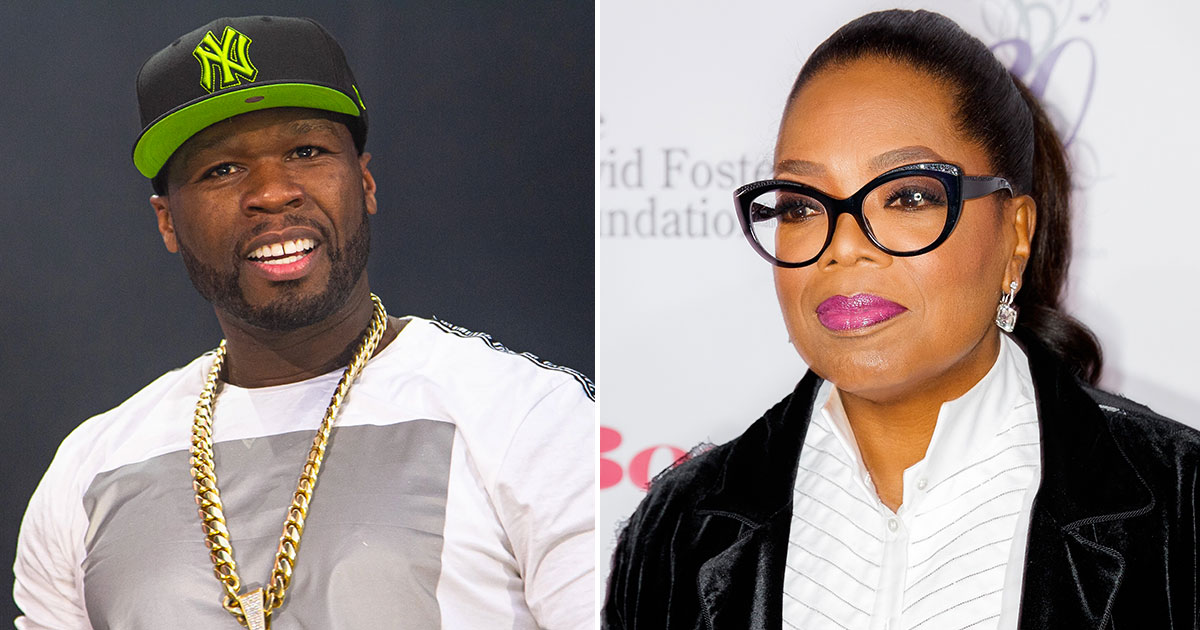 50 Cent has a serious bone to pick with Oprah Winfrey.

Thursday night (Dec. 12), the rapper seemingly reignited his beef wth the media mogul after he took to Instagram to call her out over the upcoming #MeToo documentary she’s producing that will focus on Drew Dixon–one of the women accusing Russell Simmons of sexual misconduct.

The film, directed by Kirkby Dick and Amy Ziering, is described as “…a profound examination of race, gender, class and intersectionality, and the toll assaults take on their victims and society at large,” according to the Los Angeles Times.

Fiddy used Oprah’s controversial sit-down interview with Michael Jackson accusers Wade Robson and James Safechuck as one example, and her upcoming documentary about Russell Simmons’ documentary as another.

“I don’t understand why Oprah is going after black men,” 50 wrote. “No Harvey Weinstein, No [Jeffrey] Epstein, just Micheal jackson and Russell Simmons this sh*t is sad.”

He then focused his attention on Oprah’s BFF Gayle King, who did a primetime interview with R. Kelly earlier this year amid renewed outrage over his alleged sexual abuse.

“Gale [sic] hit R Kelly with the death blow documentary. Every time I hear Micheal Jackson I don’t know whether to dance or think about the little boys butts. These [documentaries] are publicly convicting their targets, it makes them guilty till proven innocent.”

50 followed that post up with another one showing a collection of male celebrities who’ve been accused of sexual misconduct, pointing out that only the black men, so far, have been jailed over rampant accusations, unlike their white male counterparts.

The image showed Epstein, Weinsten, Kevin Spacey, and Donald Trump with the word “walk,” while Bill Cosby and Kelly’s pics had the word “jail” written on them.

“You think Oprah don’t notice how this sh*t playing out?” 50 asked in the post’s caption.

50 Cent has a rocky relationship with Oprah. He sat down with her on her “Next Chapter” show back in 2012 to squash a years-long beef that apparently started after Oprah criticized rappers over their lyrics.

50’s messages came just one day after Harvey Weinsten reached a $25 million settlement with dozens of his accusers. The disgraced movie producer, who denies all of the allegations against him, is still facing life in prison over sex-crime charges he’s facing in Manhattan.

Meanwhile, Russell Simmons has since taken to Instagram himself to respond to the news that Oprah is producing a documentary regarding the sexual assault allegations against him.

In his post, Simmons not only denies the allegations, but calls it “troubling” that Oprah has decided to “single” him out.

Simmons wrote, in part: “Dearest OPRAH, you have been a shining light to my family and my community. Contributing so much to my life that I couldn’t list a fraction of it in this blog. I have given you the gift of meditation and the groundbreaking book ‘THE POWER OF NOW’ we bonded to say the least.

“This is why it’s so troubling that you choose me to single out in your recent documentary. I have already admitted to being a playboy more (appropriately titled today “womanizer”) sleeping with and putting myself in more compromising situations than almost any man I know.

“Not 8 or 14 thousand like Warren Beatty or Wilt Chamberlain, but still an embarrassing number. So many that some could reinterpret or reimagine a different recollection of the same experiences. Please note that ur producers said that this upcoming doc was to focus ONLY on 3 hand chosen women.”