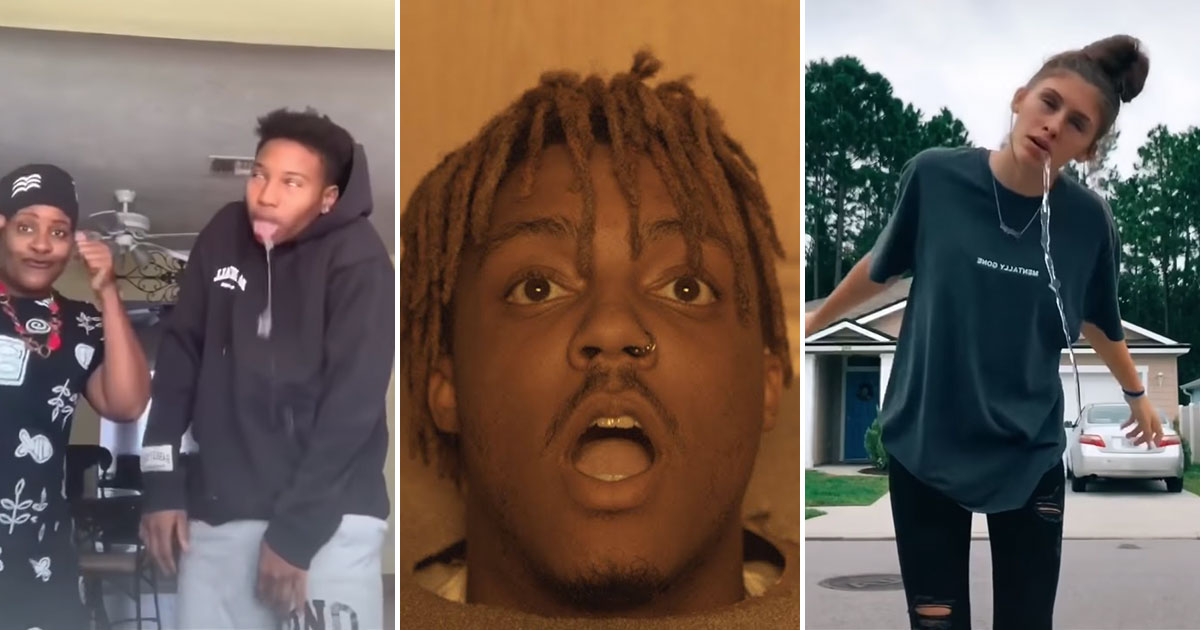 In an extremely eerie twist of fate, fans of Juice Wrld faked seizures to his popular song “Lucid Dreams” as a part of a TikTok challenge in the weeks leading up to the rapper’s death caused by a seizure.

In the #LucidDreamsChallenge, participants were supposed to fake a seizure and spit out liquid (usually water) while listening to Juice Wrld’s 2018 hit single “Lucid Dreams,” the song that basically put him on the map.

Fans dance to the song for a brief moment, and when Juice Wrld sings “I have these lucid dreams where I can’t move a thing…” they stop dancing and act like they’re having a seizure, spitting water out of their mouths to really sell the whole seizure act.

As of the publishing of this article, there were more than 2.7 million views on TikTok using the hashtag #LucidDreamsChallenge, however, not all of the videos attached to that hashtag are participating in the “seizure” aspect of the challenge, though many are.

One TikTok user captioned his video: “Thinking about how juice wrld just died of a seizure and ya’ll used lucid dreams on tiktok as a trend and danced like you were having a seizure. Maybe this should tell you something.”

Another person wrote on Twitter: “Juice Wrld died from a seizure this morning. First of all, that’s sad as f**k. But secondly, just a month ago, kids were doing this challenge on TikTok. Fame ain’t what it seems. There’s some creepy sh*t going on. RIP bro.”

Juice Wrld died from a seizure this morning. First of all, that’s sad as fuck. But secondly, just a month ago, kids were doing this challenge on Tik Tok. Fame ain’t what it seems. There’s some creepy shit going on. RIP bro ? pic.twitter.com/RK5dk8dHd2

The reason why this is particularly disturbing is because Juice Wrld died at the young age of 21 after suffering a seizure shortly after landing at the Midway Airport in Chicago.

TMZ reported that the rapper was walking through the terminal when he all of a sudden suffered a seizure.

Juice Wrld’s exact cause of death is unknown at this time.