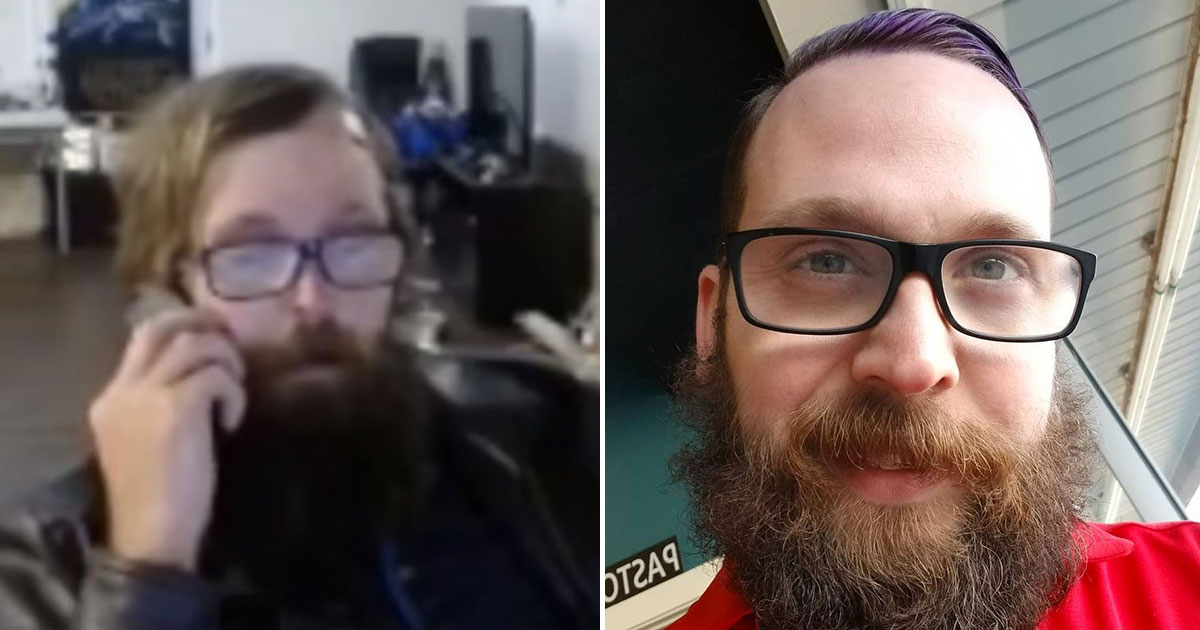 Disturbing video footage of a man who filmed his own suicide has gone viral on social media, especially TikTok.

33-year-old Ronald “Ronnie” McNutt, an Iraq war veteran, killed himself in his Mississippi home last Monday (Aug. 31) and he filmed the entire act on Facebook Live.

The video was taken down after a few hours, but in the days since, McNutt’s death has become a viral event, as the horrific clip has been reposted on various social media platforms over the past week, including TikTok, the video-sharing app that is widely popular among kids and teens.

Countless social media users are claiming to have seen the clip unintentionally, and they are now warning others about the video being shared amid reports that that it appeared on TikTok’s “For You” trending page.

“If you see this guy on your FYP [For You page] please scroll up immediately, it’s very gruesome and I highly suggest you stay away from TikTok for a while,” one Twitter user reportedly said.

“I was scrolling TikTok and suddenly there’s a video of a guy that killed themselves with a shotgun and I am seriously warning you DO NOT watch it DO NOT SEARCH FOR IT because it’s very terrifying and gory so pls BE CAREFUL god damn I’m shaking,” said another.

Is anyone else’s FYP full of videos warning people on TikTok of a graphic video going around? Said video seems to have gone around 4chan a few days ago and I guess has made its way to TikTok. I haven’t seen it on TikTok, but I’m seeing a flood of these types of warning videos. pic.twitter.com/hZPQQg1tXd

A spokesperson for TikTok released a statement saying: “On Sunday night, clips of a suicide that had been livestreamed on Facebook circulated on other platforms, including TikTok. Our systems have been automatically detecting and flagging these clips for violating our policies against content that displays, praises, glorifies, or promotes suicide.

“We are banning accounts that repeatedly try to upload clips, and we appreciate our community members who’ve reported content and warned others against watching, engaging, or sharing such videos on any platform out of respect for the person and their family.”

We at Gossip On This were able to easily find the footage online, however, we will not be reposting it here for obvious reasons.

The video starts out with Ronnie answering the phone, angrily telling the person on the other end: “Yeah, you wanna talk to me now? Is that how you’re gonna be?”

He then talks directly to the camera and says “Hey guys! I guess that’s it” before placing the barrel end of a shotgun to his chin and pulling the trigger. His face is immediately split open after a single gunshot is heard.

McNutt’s friends and family members spoke out about their sorrow and the shock of the video.

“Please say a prayer right now for the family of Ronnie McNutt,” one friend wrote on social media. “He just killed himself live on FB and I cannot unsee this. What do you do? I happened to the last min get on FB before I went to sleep and I saw it. I tried but apparently it wasn’t quick enough to reach him. I wasn’t quick enough. Dear God I wish I could have gotten to him.”

Another shared: “I got too late. I was watching it trying to figure out what was going on then I called our friend to get his address and he freaking shot himself in the head. In front of his mom. He was apparently reaching out for an hour. An hour. How could no one get to him?”

According to reports, McNutt—who was employed by Toyota in Blue Spring, New Albany—had recently broken up with his girlfriend and also suffered from PTSD (post-traumatic stress disorder).

Josh Steen, a friend and co-host of a podcast with McNutt, told Heavy: “He didn’t seem to be the same guy that left for Iraq once he exited the service. I spent many a late night in our studio, via text message, and in person talking with him about life and his struggles.

“Mental health issues are very very real, and I honestly think that there are a lot of people who struggle with all areas of mental illness who let it go untreated. Or treat it with other things, it seems.”

Steen added that he was alerted to the video while it was still being broadcast live and tried to call McNutt several times. He said that he didn’t believe that McNutt wanted to kill himself, but did admit that his friend was “incredibly drunk, and that plus his recent relationship issues led to the end result.”

Steen said: “I tried multiple times to call him, from my cell phone and our phone at the theatre; both numbers he would easily recognize. I watched him pick his phone up, think for a second, and then decline my calls.

“I really thought that if I could just get him to break his focus for just a second it would be alright. His laugh always made me laugh, and I’m glad that I have our archives to back through to hear it whenever I want to now.”

Steen also said that the police had been called and were standing outside McNutt’s apartment watching the live stream.

McNutt was a member of Celebration Church Tupelo, which confirmed his death in a post on its Facebook page on September 1st.

“In the midst of a sudden tragedy that occurred last night, we grieve with the McNutt Family during this time because passing of our brother in Christ, Ronnie McNutt,” the post said.

“Ronnie will be missed by all who loved and knew him,” it continued. “He was very caring, committed, loyal, dependable, and eccentric. He served his church faithfully and was loved by many.

“Although events surrounding his death were tragic, we take comfort in our Creator, believing that because of Ronnie’s confession and conversion as a believer in Christ Jesus, he is currently before our loving Father.”

According to his obituary, Ronnie McNutt is survived by his mother, Elaine, as well as a brother and sister.

If you’re having suicidal thoughts, are worried about a friend or loved one, or would like emotional support, the Lifeline network is available 24/7 across the United States.