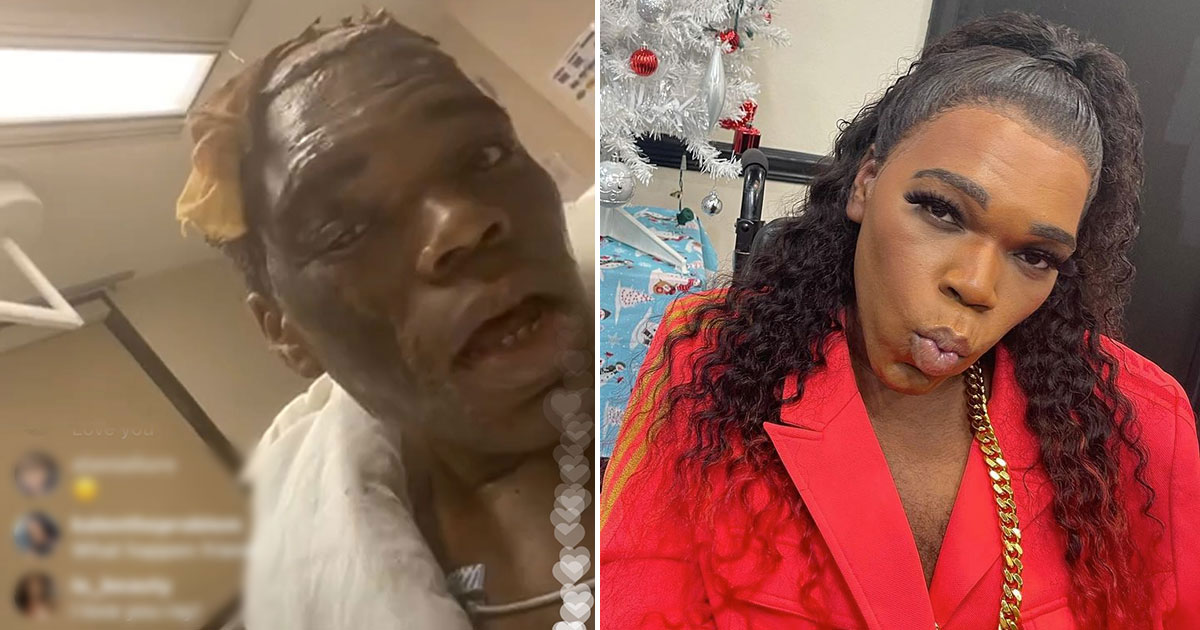 Rolling Ray—the viral internet sensation who became famous after appearing on MTV Catfish: Trolls back in 2018—was reportedly rushed to the hospital Wednesday (Jan. 13) after he was involved in a fire of some sort.

Details are scarce, but social media reports are suggesting that his wig caught on fire.

The extent of his injuries isn’t clear, but Ray took to Instagram Live to share the news, and the entire right side of his face looks severely burnt.

“Burned my whole skin. Legs, arms, feet, and everything,” he said in the video. “I love y’all and I want y’all to keep me in y’all prayers.”

y’all @DMVMOSTFAMOUS rolling ray is in the hospital because he was in a fire. send him prayer omg it looks so bad.???? pic.twitter.com/fm4oGyrzqM

Ray, who is confined to a wheelchair, credited a friend for saving his life, saying: “If it wasn’t for him, I’d be dead right now.”

This latest incident comes a little over two years after Ray made headlines after getting hit by a car while crossing the street.

Rolling Ray became an internet sensation a couple years back after an episode of MTV Catfish: Trolls aired, showing a dispute between him and another viral star named “Camyonce.”

Ray has since gone on to rack up hundreds of thousands of followers on social media, and just the other day, previewed some new music he was working on.

We’re keeping Rolling Ray in our prayers and hoping for a speedy recovery!

Woman Murders Girlfriend, Then Jokes on Facebook: “All I Wanted to Was Love This Hoe, Now I’m Sitting in the Police Department”