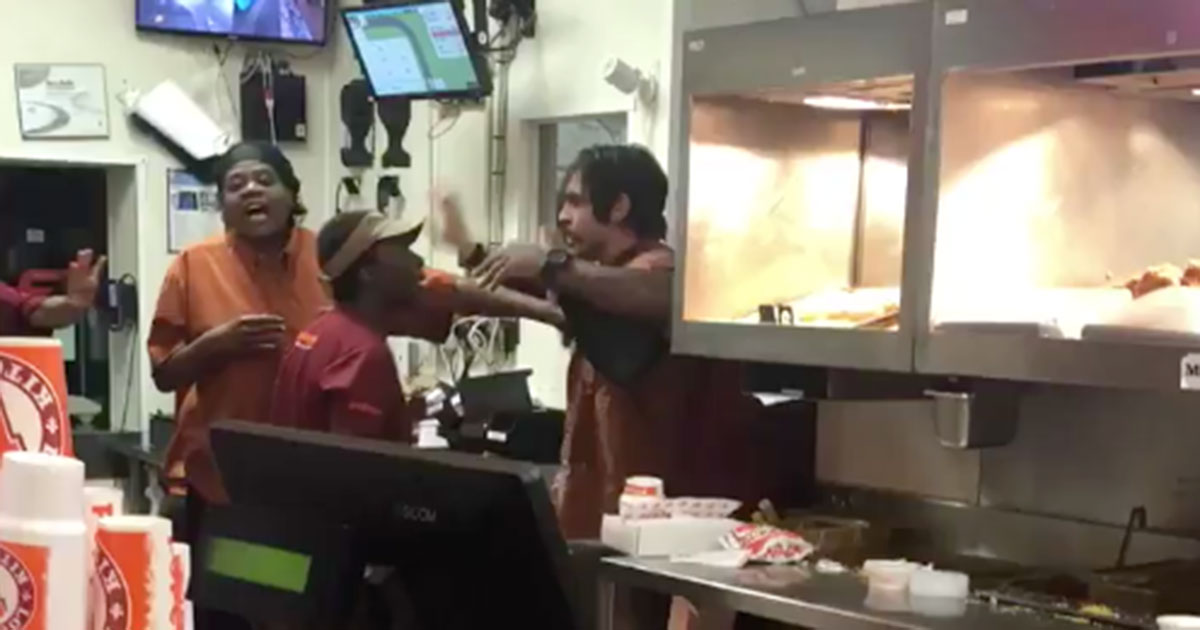 Popeyes customers aren’t the only ones showing their whole a-s-s-es over these damn chicken sandwiches … the employees are out here showing the F out as well, and they’re even turning on each other!

Insane video footage from a Popeyes restaurant in Los Angeles shows employees swinging on each other as one worker wields a frying basket above their head.

The person filming claims the violence was sparked after an employee was caught selling chicken sandwiches out the back door.

In the video, one worker can be heard screaming “You f**king hit me, bitch!”

As has been widely reported, fights have been breaking out at various Popeyes locations all over the country since Sunday (Nov. 3) when the fried chicken chain brought back their popular chicken sandwich after it “sold out” during its initial run back in August.

At one Popeyes location in Maryland, a man was stabbed to death after getting into an argument with another customer for cutting in line.