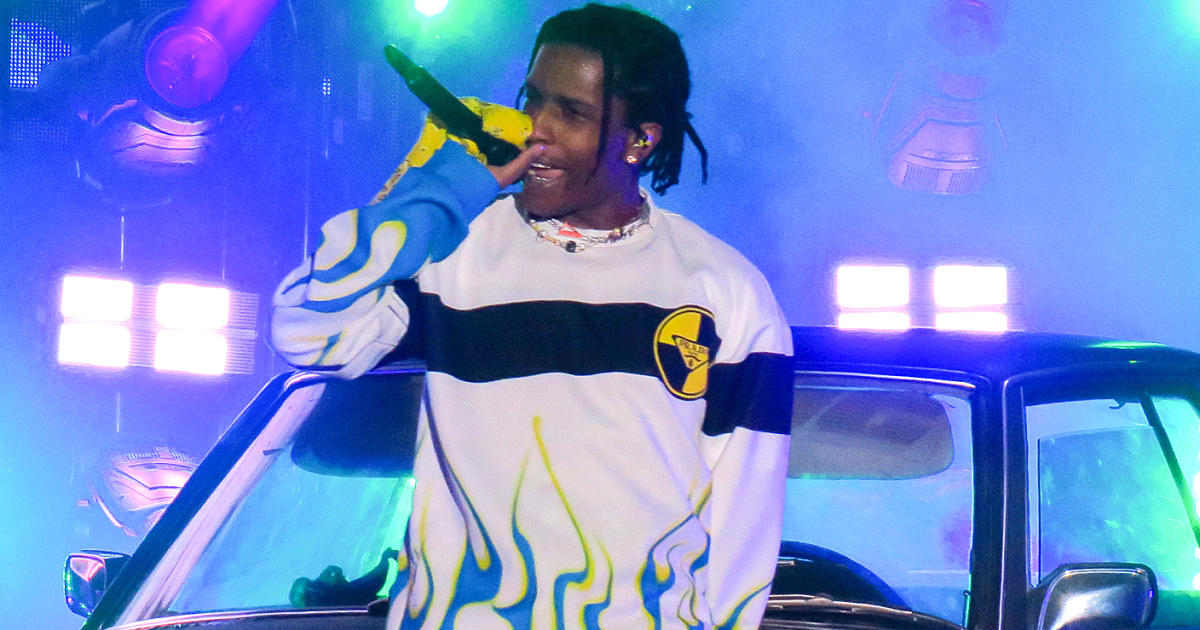 A verdict has been made in A$AP Rocky’s Sweden assault case. The rapper was found guilty. Fortunately, he won’t have to spend any more time behind bars.

Four judges found Rocky and his two friends/co-conspirators were guilty of assaulting a man during a street fight in Stockholm in June. Rocky was not present for the verdict.

Despite the guilty verdict, the Rocky was given a suspended sentence with time served. He does not need to return to Sweden and will not face any jail time, nor will he have to do any community service.

However, he will be required to pay restitution to the victim and cover Sweden’s court costs. The amount of these damages was not announced.

The crux of the case was based on prosecutors’ claim that Rocky threw a glass bottle at the victim and injured him. Rocky admitted to having the bottle for protection, but said he never threw it.

With no witnesses to substantiate the claim, the judges ruled that prosecutors did not prove Rocky threw the bottle.

The judges also ruled that Rocky and his crew “were not in a situation where they were entitled to self-defense” as their lawyers argued.

Shortly after the June brawl, Rocky stated on social media that he and his crew were followed and harassed by his accuser for several blocks. Video footage shows the “victim” being the aggressor in the situation.

Rocky was locked up in a Swedish jail for nearly a month, being held without a charge for most of that time.

The case became an international issue with even President Donald Trump personally advocating on Rocky’s behalf to Sweden’s prime minister.

Rocky was finally released and allowed to come back to the U.S. earlier this month.

“Thank you from the bottom of my heart to all of my fans, friends and anyone across the globe who supported me during these last few weeks,” Rocky said to his supporters after his trial. “I can’t begin to describe how grateful I am for all of you. This has been a very difficult and humbling experience.”

Rocky gave his first performance since returning to the States over the weekend. He performed at the inaugural Real Street Festival in Anaheim, CA with A$AP Ferg and Tyler, the Creator.