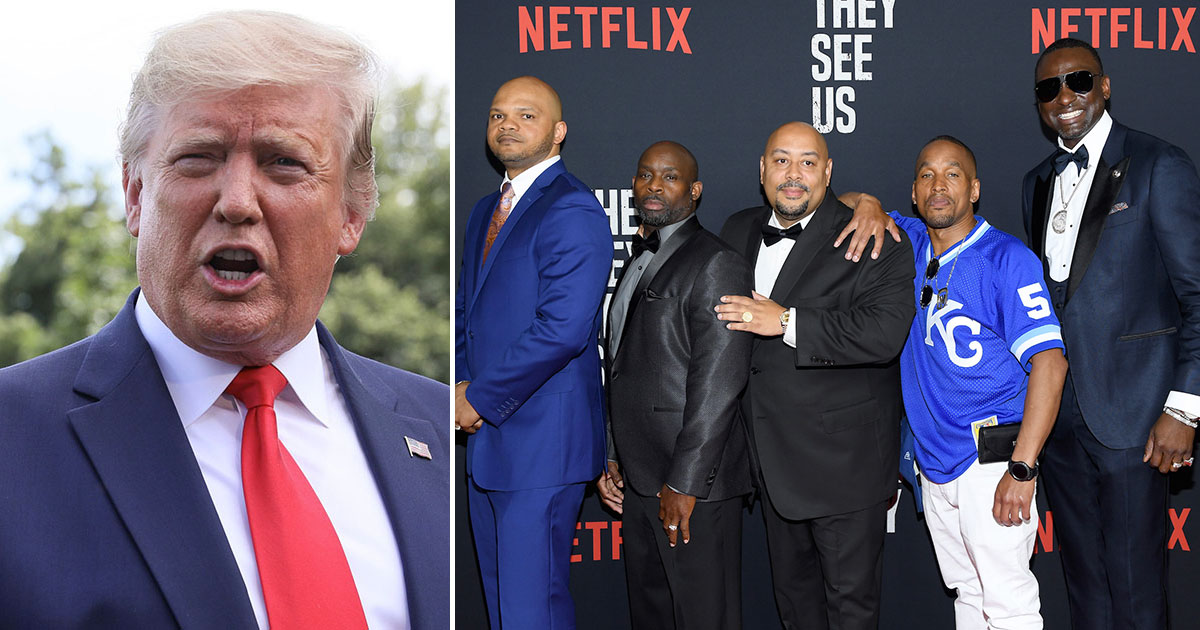 In a move that surprises pretty much no one, President Donald Trump refused to rescind his condemnation of the Central Park 5 when asked about the issue by April Ryan, a very prominent black member of the White House Press Corps.

“You have people on both sides of that. They admitted their guilt. If you look at Linda Fairstein, and you look at some of the prosecutors, they think that the city should never have settled that case. So we’ll leave it at that,” said Trump.

To be clear, Linda Fairstein recently said in The Wall Street Journal that she agreed with the decision to vacate the rape charges against the accused men based on the Matias Reyes’ confession and DNA evidence. What she continues to allege is that these men committed OTHER crimes and atrocities that they were rightfully charged with and deserved punishment for.

Interestingly, before Trump answered the question, Trump tried to take a dig at April Ryan by asking her why she was bringing up old stuff.

“Why do you bring that question up now? It’s an interesting time to bring it up,” he said.

Yoo-hoo! Get a Netflix account and catch up, Donald!

You see, the Central Park 5 case, which harkens back to 1989, is in the spotlight thanks to Ava Duvernay’s Netflix mini-series, When They See Us.

The riveting series has renewed interest in the injustice of the case and it has put several people involved in pursuing the case against the innocent in the hot seat for the first time.

The fact that Central Park 5 is a trending topic again is only news to you if you’ve been living under a rock for the past few weeks.

The head of sex crimes unit, Linda Fairstein, has been hit the hardest by the renewed social media backlash, but Donald Trump was also a loud and proud condemner of the young men as he took out a full-page ad in The Wall Street Journal in 1989 calling for the death penalty for these black and brown teenage boys.

Trump was never going to apologize because his ego wouldn’t let him and it’s totally off-brand for him to do so. Also, mind you, this is a man who publicly said he’s never had to ask God for forgiveness.

Hillary tried to warn us about Trump’s inability to apologize back in 2016 when Trump refused to apologize for the nasty statements he made about women to Billy Bush, but we wouldn’t listen.

“He never apologizes for anything to anyone,” she said.

If God can’t get an apology out of Donald what the hell makes you think a couple of black and brown men from New York City stand a chance of getting an “I’m sorry” from “grab ’em by the p**sy” Trump?