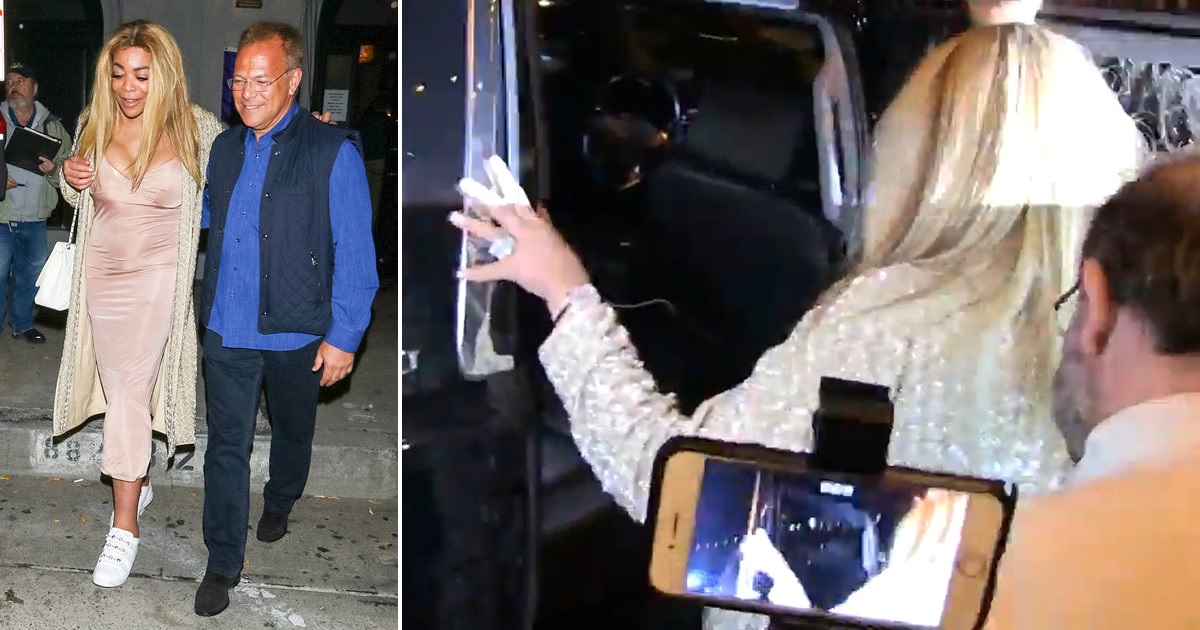 Wendy Williams has dominated headlines since filing for divorce from her (alleged) cheating husband who (allegedly) got his mistress pregnant. But the “Hot Topics” lady stunned paparazzi when she stepped out wearing her wedding ring.

Williams is currently vacationing in Los Angeles while her show is on a 5-week hiatus.

Last night (June 6), the host had a business dinner with a mystery man at the WeHo hotspot, Craig’s.

As she was leaving the restaurant, paparazzi quickly noticed that she was wearing her gigantic wedding ring.

When asked about the bling, she dramatically flashed it to cameras as she climbed into her chauffeured car.

Though Williams is wearing the ring, sources tell TMZ that she has no plans is reconciling with Kevin Hunter. She’s welcomed her newfound single life with open arms and has even joked about the many suitors knocking on her door.

Williams decided to end her 21-year marriage in April and the split has gotten messier ever since.

Police have been called to the ex-couple’s marital home on several occasions and Williams’ son was even arrested after punching his father during a disagreement about his parents’ divorce.

The talk show host is reportedly on the hunt for an exclusive tell-all interview to share her story in her own words and not let it be told through the tabloids.

A source says Gayle King recently turned down the offer, feeling Williams’ personal drama is “too trashy” for morning news.