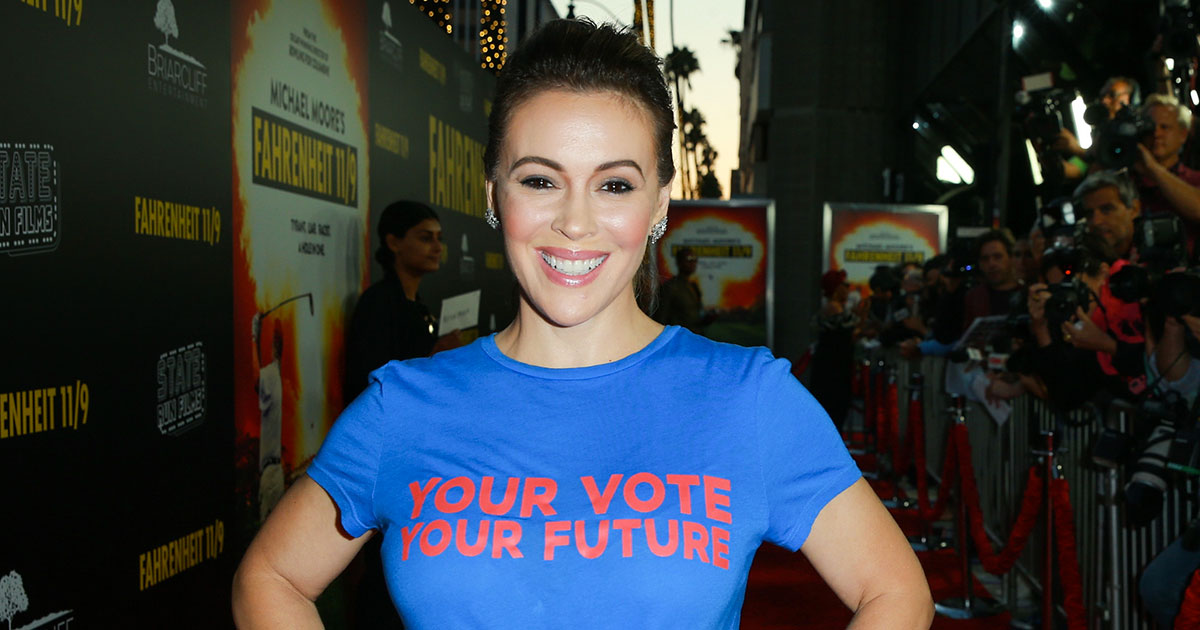 As a number of lawmakers pass bills banning legal abortions in certain states, Alyssa Milano has proposed a sex strike in response to the attack on women’s rights.

Recently, Georgia passed a law restricting abortions in the state called the “heartbeat bill,” sparking a lot of backlash from women in the state and all over the country.

And instead of just talking about it, Alyssa Milano wants women to be about it, and her idea to help change lawmakers’ minds is basically for women to stop having sex with men altogether.

“Our reproductive rights are being erased. Until women have legal control over our own bodies we just cannot risk pregnancy,” she tweeted on Friday, May 10th. “JOIN ME by not having sex until we get bodily autonomy back. I’m calling for a #SexStrike. Pass it on.”

Our reproductive rights are being erased.

Until women have legal control over our own bodies we just cannot risk pregnancy.

JOIN ME by not having sex until we get bodily autonomy back.

While some women were down like Charlie Brown with the idea, a lot of them were critical of it, saying that the proposed strike assumed sex is only enjoyed by men and suggested that women’s bodies are commodities that can be denied to men as punishment.

Some people also pointed out that the sex strike ignores LGBTQ people and doesn’t consider the possibility of sexual violence.

Others said that instead of withholding sex from men, women should make sure they are putting officials in office who will fight for their rights.

“A #SexStrike won’t bring back our rights—voting, supporting women candidates, running for office, and fighting like hell will,” wrote Shannon Watts, an author and the founder of Moms Demand Action.

Watts added: “A #SexStrike also gives the impression that the primary function of a woman is as a body for heterosexual men to have sex with.”

Journalist Jessica Valenti wrote: “The idea of a #SexStrike—where sex is something men seek and women withhold—is the same regressive model of sexuality that Republican men use to legislate! No thanks.”

Milano didn’t back down and stuck to her guns, tweeting that she women don’t have boycott ALL forms of sex … just sex with penises.

“We can LOVE sex and fight for our bodily autonomy. There are lots of alternatives to cis men,” she said. “Protect your vaginas, ladies. Men in positions of power are trying to legislate them.”

We can LOVE sex and fight for our bodily autonomy. There are lots of alternatives to cis men.

Protect your vaginas, ladies. Men in positions of power are trying to legislate them. #SexStrike pic.twitter.com/yPCXuMt286

Georgia is the fourth state to pass a six-week abortion ban this year, and is one of 16 states working to pass similar legislation.

While none of these bans have yet to take effect and will no doubt be challenged in court, they are part of a dangerous trend.

Georgia’s controversial heartbeat bill bans abortions once a fetal heartbeat can be detected, which can happen as early as six weeks into a pregnancy and doesn’t give most women time to make a decision because they most likely wouldn’t even know they’re pregnant yet.

The bill also includes a penalty of up to 10 years in prison for those who perform abortions, but doesn’t explicitly exempt women who perform their own abortions via drugs, leading to speculation about whether they’d also face criminal charges.

Some experts have even suggested that it could lead to second-degree murder charges (penalty: 10-30 years in prison) for women who cause their own miscarriage from drinking or drugs, and women who seek out an illegal abortion could be charged as a party to a murder (penalty: life in prison).

The bill would also make it illegal for women to travel out of state for an abortion because that would be considered conspiracy to commit murder, which has a penalty of up to 10 years in prison.