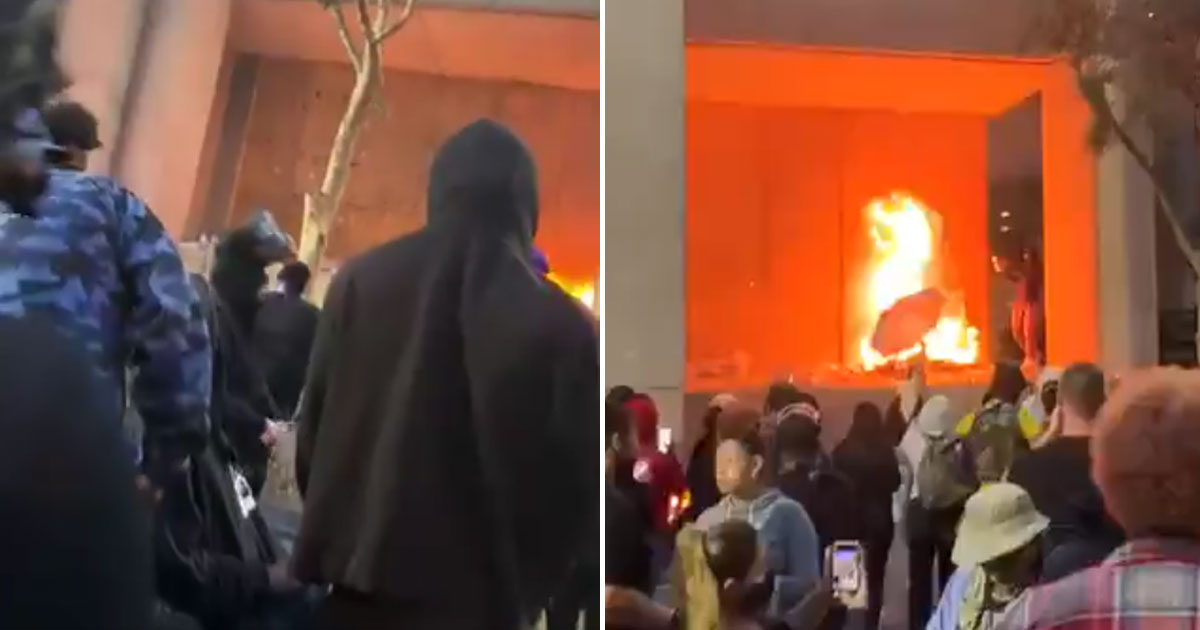 The civil unrest in Louisville is intensifying after a grand jury decided not to charge any of the officers involved in Breonna Taylor’s shooting death with her killing.

In response to the decision, protesters took to the streets, and things got violent very quickly.

Amid reports that at least two officers have been shot during the protests, video footage emerged showing protesters setting fire to a Louisville courthouse and chanting “burn it down” among other things.

The Louisville Metro Police Department declared a state of emergency days before Wednesday’s decision to prepare for what’s currently happening in the city.

The windows of the courthouse were also boarded up and a judge signed an order to close the building ahead of the decision, so it’s likely there was no serious damage. Still, it shows that people are fed up with the law.

Wednesday afternoon (Sep. 23), a judge for the Jefferson County grand jury announced that Brett Hankison would be the only officer charged, not for Breonna’s death, but because the shots he fired passed through Taylor’s apartment walls into a neighboring apartment and endangering the lives of three people inside.

Hankison was charged with three counts of wanton endangerment, one count for each of the occupants in the home next to Taylor’s: a pregnant woman, her husband and their 5-year-old child, who were all asleep. They weren’t hit by any of the bullets.

Wanton endangerment, which can also be referred to as “reckless endangerment,” is a Class D felony in Kentucky and a conviction can carry a sentence of up to five years in prison as well as a fine.