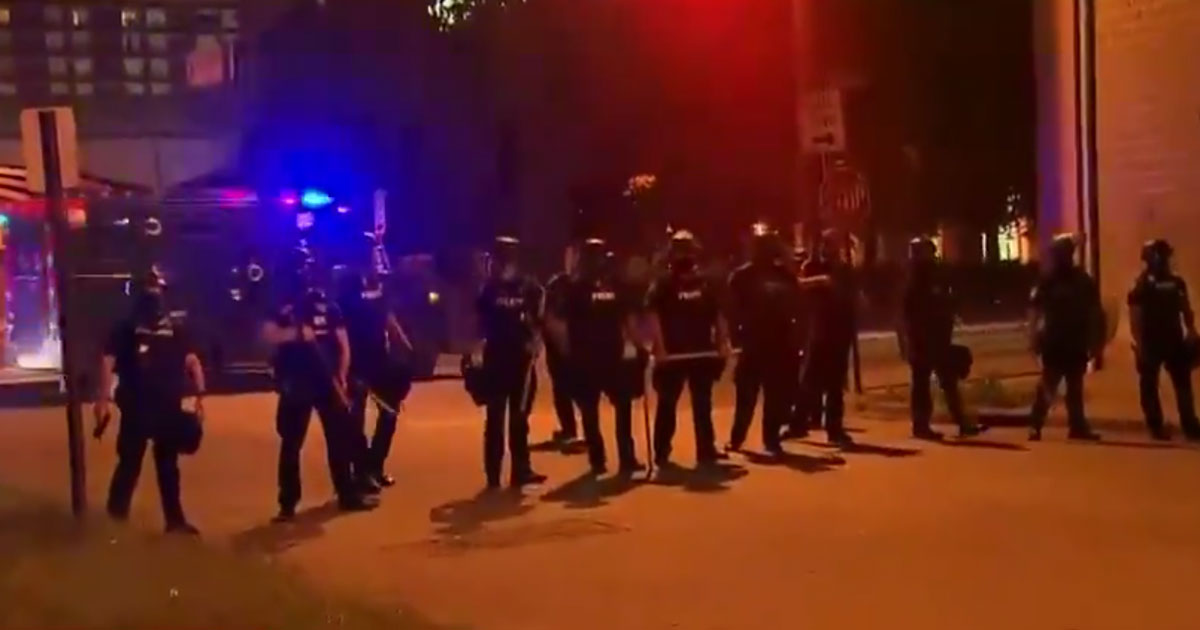 At least two Louisville police officers were wounded in a shooting downtown Wednesday night (Sep. 23) amid protests in response to the grand jury’s decision not to charge anyone for Breonna Taylor’s murder.

Reporters are saying that the Louisville Metro Police Department officer was shot at approximately 8:30 p.m. local time. Additional details regarding the officers’ conditions haven’t been revealed.

[UNCONFIRMED] Possible shots at Louisville police by people in the protest crowd after teargas deployed. Via: Reggie Inkagnedo on YouTube #Louisville pic.twitter.com/Cqj67YZOPp

WARNING: This video may be disturbing. @khyati_tv caught the moment leading up to the officer being shot in downtown Louisville. You hear it, but do not see it. Team of officers rush to ambulance. pic.twitter.com/PuotJunuEV

The violence erupted after authorities announced that the officers who shot Taylor will not be criminally charged because her boyfriend shot at them first while they were executing a search warrant at her home.

Kentucky Attorney General Daniel Cameron said that the police, contrary to reports and Taylor’s boyfriend Kenneth Walker’s own mouth, “knocked and announced” themselves, and did not execute a “no-knock warrant” as previously reported, basically calling Taylor’s boyfriend a bold-faced liar because he said that the police did not announce themselves.