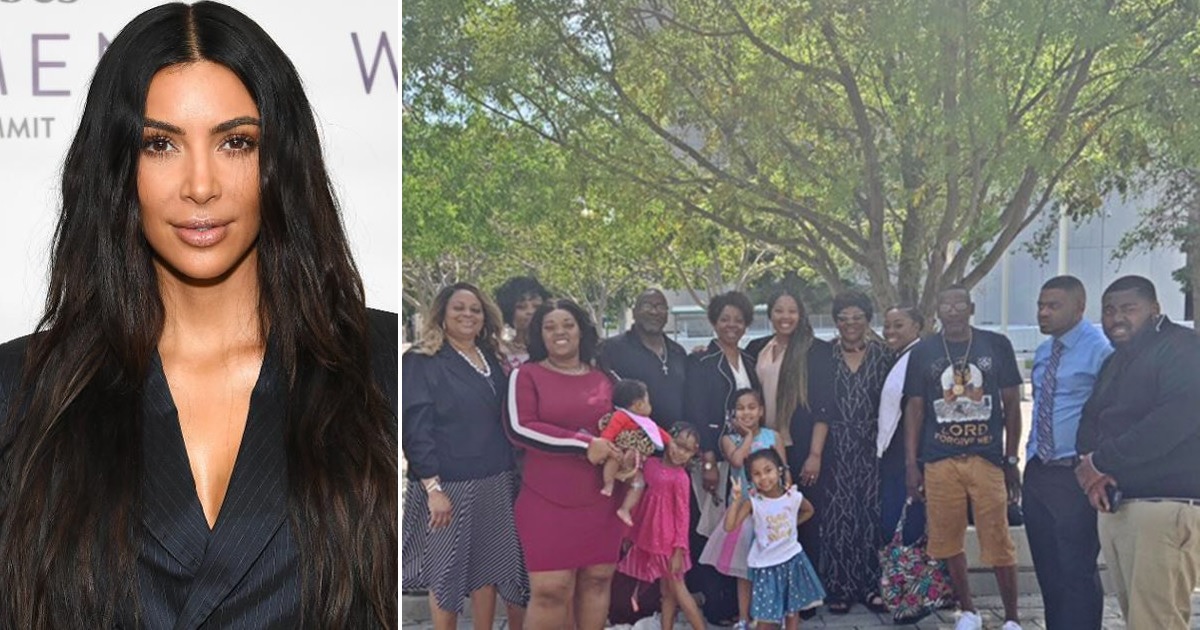 Kim Kardashian is putting her law training to work. The reality star turned activist has helped another person get released from prison.

With help from Kim, Jeffrey Stringer will walk out of a Florida prison after serving 22 years of a life sentence for a drug offense.

Kim shared the news on Twitter and included a picture of Stringer’s family.

“We did it again! Had the best call w/this lovely family & my attorney @msbkb who just won release for their loved one Jeffrey in Miami,” she wrote. “He served too much time but it gives me so much joy to fund this life saving work.”

We did it again! Had the best call w/this lovely family & my attorney @msbkb who just won release for their loved one Jeffrey in Miami – he served 22 years of life sentence for low level drug case. He served too much time but it gives me so much joy to fund this life saving work. pic.twitter.com/pbYicKmFpJ

Stringer was convicted of drug possession when he was 25. Because he had two prior drug offences, he was sentenced to life in prison and has spent the last two decades behind bars because of Florida’s Three Strikes Law.

According to TMZ, Stringer’s lawyer, Brittany K. Barnett did the brunt of the work in securing Stringer’s release, but Kim helped foot the bill.

[Stringer’s] attorney, Brittany K. Barnett — who Kim credited for securing Jeffrey’s release — tells TMZ … they went to court and argued he should be released under the First Step Act, which President Trump signed into law earlier this year.

As we reported last month, Kim is in the process of becoming a lawyer by studying under a practicing lawyer.

She’s been interning at a San Francisco law firm and working closely with Van Jones’ #cut50 program, which specializes in prison reform.

Kim was instrumental in the releases of Alice Marie Johnson, Cyntoia Brown, and Matthew Charles. She has also visited the White House on several occasions to discuss prison reform with the president.

But a woman’s work is never done. Just a few hours before announcing Stringer’s release, she also teased a “secret project” with Paris Hilton, which is expected to be a music video for Hilton’s new song.