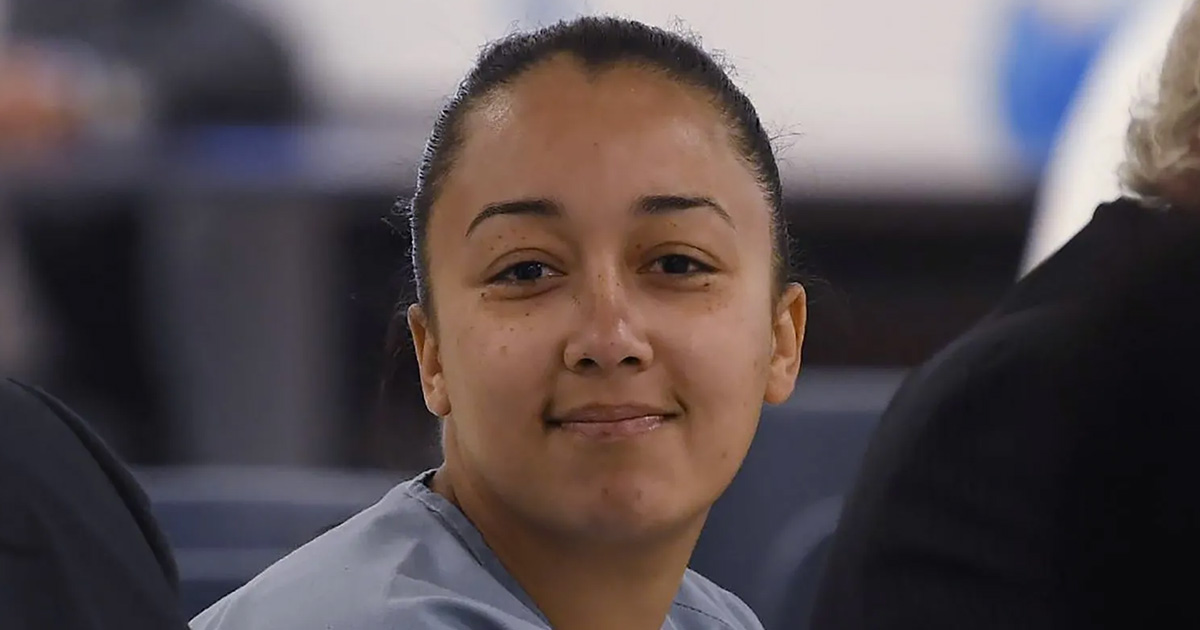 Cyntoia Denise Brown, the woman who was sentenced to life in prison for killing a 43-year-old man who bought her for sex when she was 16 years old, has been granted an early release and is expected to be out of jail this summer.

On Monday (Jan. 7), Tennessee Governor Bill Haslam granted clemency to 30-year-old Cyntoia Brown and ordered her early release from prison, where she has served 15 years of a 51-year sentence for the murder of 43-year-old Johnny Allen.

“This decision comes after careful consideration of what is a tragic and complex case,” Gov. Haslam said. “Cyntoia Brown committed, by her own admission, a horrific crime at the age of 16. Yet, imposing a life sentence on a juvenile that would require her to serve at least 51 years before even being eligible for parole consideration is too harsh, especially in light of the extraordinary steps Ms. Brown has taken to rebuild her life. Transformation should be accompanied by hope. So, I am commuting Ms. Brown’s sentence, subject to certain conditions.”

Brown will be eligible for release on August 7th, 2019 on time served and will remain on parole for 10 years. She will be required to participate in regular counseling sessions and to perform at least 50 hours of community service, including working with at-risk youth. She’ll also be required to get a job.

In a statement released by her lawyers, Brown thanked Gov. Haslam “for your act of mercy in giving me a second chance. I will do everything I can to justify your faith in me.” She added: “With God’s help, I am committed to live the rest of my life helping others, especially young people. My hope is to help other young girls avoid ending up where I have been.”

In August 2004, after Jonny Allen—a youth minister and real estate agent—solicited Brown for sex, she rode with him to his home, where the two engaged in conversation before eventually heading to his bedroom. As he lay naked on his bed, he was fatally shot in the head by Brown, who had endured many years of abuse as a teenage sex worker.

Following her arrest, Brown told detectives she feared for her life during the encounter and claimed self-defense in the murder. After a trial, she was found guilty and received a life sentence on murder and prostitution charges. She previously wasn’t eligible for parole until she was 69 years old.

Brown’s case drew the attention of several high profile advocates, including a U.S. congressman, several Tennessee lawmakers and a number of A-List celebrities, including Kim Kardashian, who was among many who called for Brown’s clemency.

Gov. Haslam’s long-awaited decision was handed down during his last days in office, bringing a dramatic conclusion to Brown’s plea for mercy. Haslam called Brown’s case one that “appears to me to be a proper one for the exercise of executive clemency.” He continued: “Over her more than fourteen years of incarceration, Ms. Brown has demonstrated extraordinary growth and rehabilitation.”

Brown’s lawyers applauded the governor’s decision. “This is truly a joyful moment—for Cyntoia and for all of us who have worked to help her,” read a statement from Brown’s lead attorneys, Charles Bone and J.Houston Gordon. “The governor’s decision is proof that our justice system works and it marks the beginning” of a new chapter for Cyntoia.

During her time in prison, Brown completed her GED and got a college degree from Lipscomb University. She also mentored women while working as an unpaid consultant for the juvenile justice system.

Brown’s allies say she hopes to apply her education by supporting social justice issues through her own nonprofit.