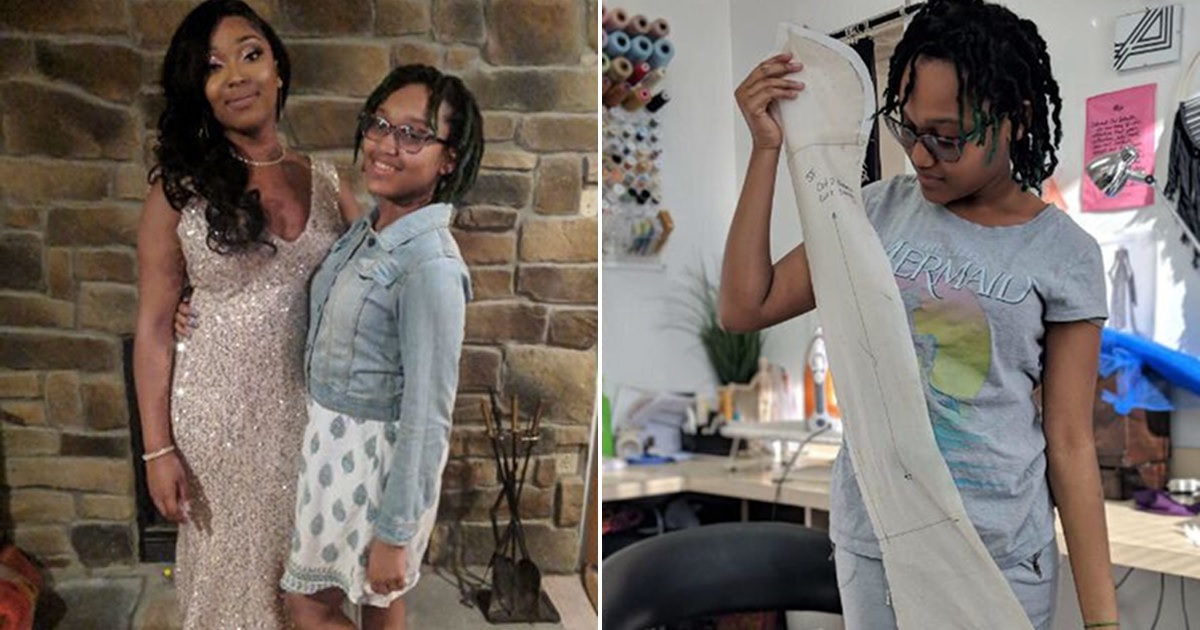 A high school senior attended her prom like a true star, wearing a one-of-a-kind original dress, all thanks to her younger sister.

Like most seniors, Mikayla Lewis, 18, was prepared for the grueling search to find the perfect prom dress. But with some prodding, 14-year-old Courtney Lewis was able to convince her older sister to let her design and construct the dress.

And the art school student didn’t disappoint! Courtney designed a stunning dress for her older sister and made Mikayla’s big night even more special and memorable.

“The dress came out more beautiful than I could have imagined,” the sisters’ mother, Crystal Lewis, told Yahoo! News. “We had about 25 people at our house on prom night, and when Mikayla walked up the steps the family screamed in excitement. We think her date was even taken aback.”

Courtney and Mikayla began working on the design of the dress back in November.

Mikayla and Crystal were both initially hesitant—Crystal even admitted saving up money for a dress “just in case.”

But they saw Courtney’s potential after seeing her early sketches. Courtney was then mentored by her cousin Syreeta as she began constructing the dress.

Though Syreeta owns her own fashion line, Courtney did the work all on her own and completed the dress by April 26th, despite being hospitalized twice due to complications with type 1 diabetes. 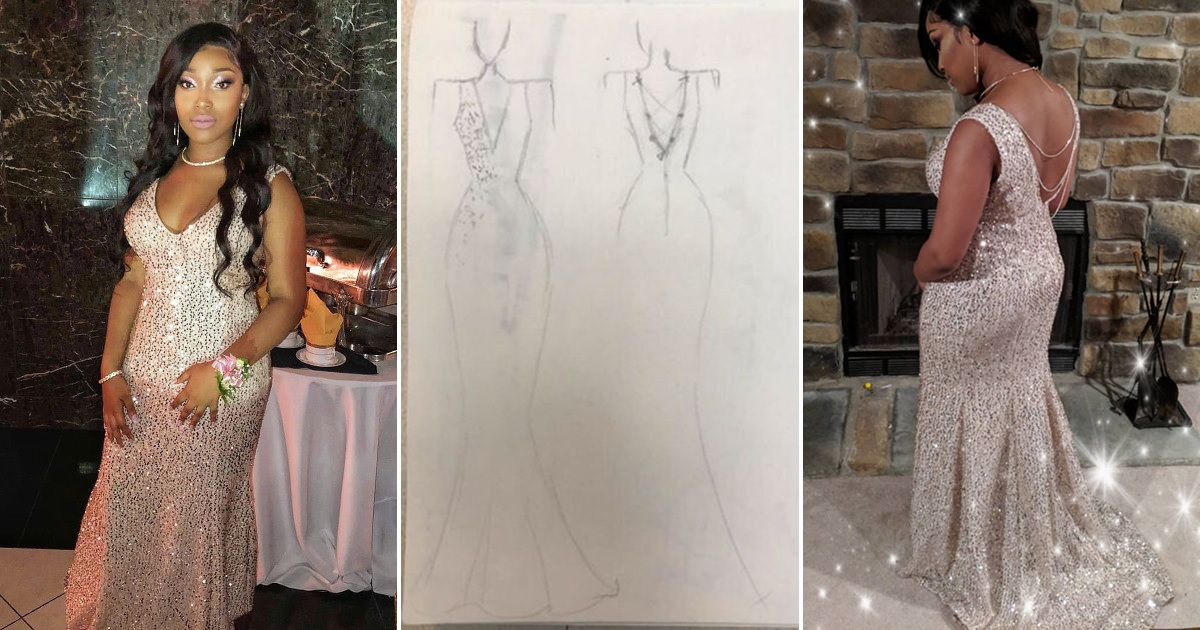 Courtney has a vast interest in the arts and is currently in art school. According to her mother, the 14-year-old plans to have a career designing clothes for dolls.

“Courtney has always been interested in the arts. She attended a performing arts middle school as a theater major. She’s done make up for a megachurch theater production,” Crystal explained.

“So, it was no surprise that Courtney would ask to take on the task of making her sister’s dress. I was worried at first because of the lack of experience in dressmaking. Courtney had only made a few pillows and skirts prior to the dress,” she added.

After receiving so much praise for her first design, Courtney may need to consider transitioning from doll clothes to haute couture.

“When I saw the dress on Mikayla, I was a bit emotional,” the young designer’s mother said. “I’ve always had confidence in Courtney’s talent, but to see it on my oldest almost brought me to tears.”