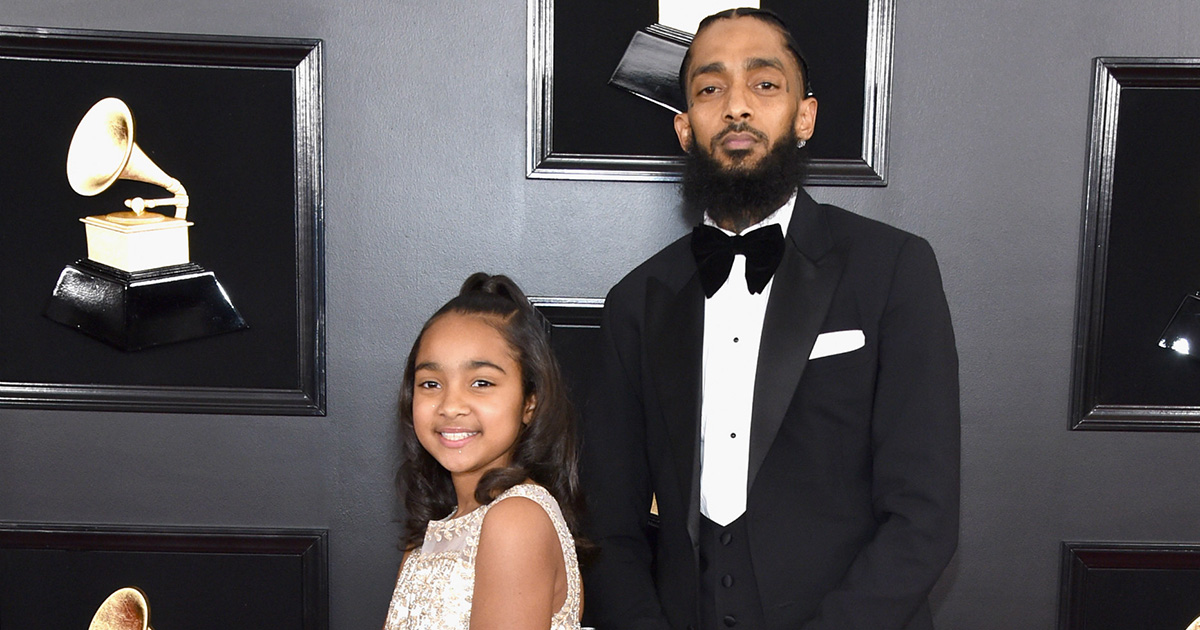 Sources close to the family say that Samantha doesn’t think her niece’s mother—Nipsey’s first baby mama, Tanisha Asghedom—is capable of caring for her.

Nipsey was reportedly Emani’s primary caregiver before his tragic death, and Samantha said she helped take care of Emani and wants “to ensure the continued stability for Emani and ensure that she will be able to maintain her current and ongoing relationship” with Nipsey’s family.

Nipsey fathered another child, his 2-year-old son Kross, with his girlfriend Lauren London, however, Kross isn’t the subject of the conservatorship as he lives with his mother.

Emani’s mom, Tanisha Asghedom, has been on the blogs a lot following Nipsey’s passing.

After his funeral, fans wondered why she wasn’t invited on stage to pay tribute like everyone else in the family. And when she posted her own tribute on Instagram, trolls slammed her, saying she was just clout chasing.

Nipsey died March 31st after he was gunned down outside his The Marathon clothing store in Crenshaw.

On April 2nd, Samantha posted a tribute to Nipsey on Instagram and wrote: “I got Lauren. I got Emani. I got Kross.”