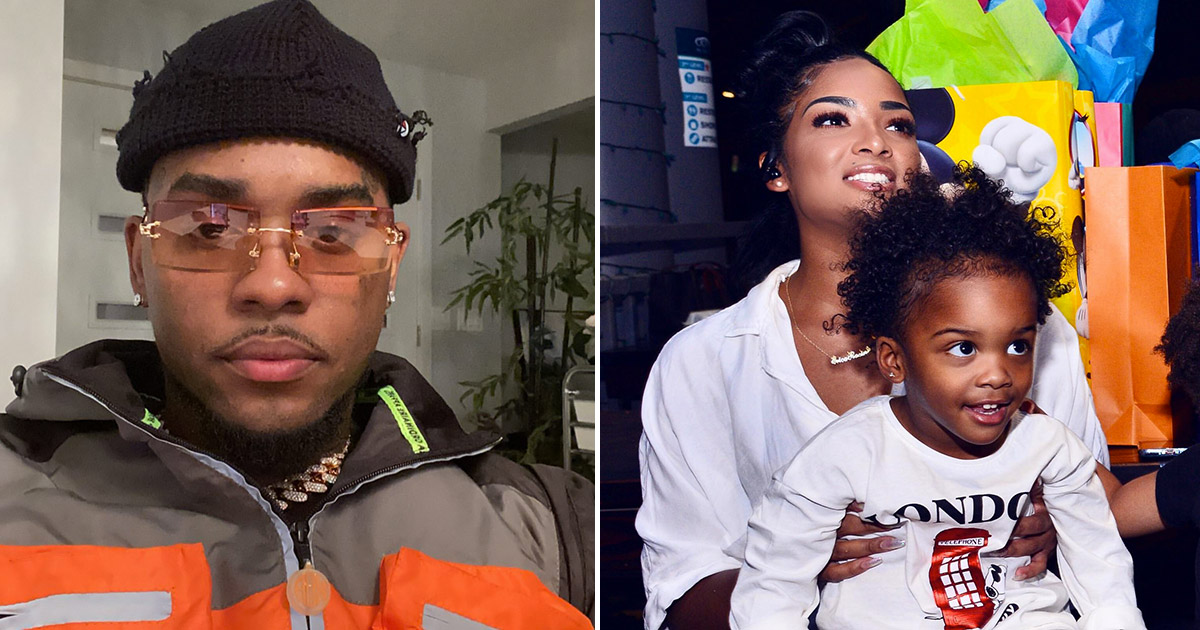 Hip-Hop producer London On Da Track and his baby mama are fighting in court over who should get full primary custody of their 3-year-old son.

According to an exclusive report from Bossip, London recently filed court docs seeking full custody of his son from the child’s mother, Erica Vorters.

In the legal paperwork, London (whose real name is London Holmes) reportedly threw his baby mama all the way under the bus, calling her “unhinged” and a possible drug abuser, which is why he’s seeking to be the full-time custodial parent.

His complaint states that his son, also named London, is living in an unstable environment with his mother, who he claims is “unraveled, was possibly abusing drugs, and had behaved erratically in person and had made worrying posts online.”

London, who has produced hits from a ton of rappers—including the Migos, Drake, T.I., Young Thug, 21 Savage, French Montana and more—said he believes Erica is not “psychologically, physically or financially capable” of being a primary caregiver and has asked for a psych evaluation for her and a special guardian to advocate for their son in court.

London says he makes more than enough money—about $25,000 per month to be exact—and is stable enough to raise his son in a safe and loving home, Bossip reported.

Last month, however, Erica fired back at London in a countersuit, saying that she went to Arizona to stay with his mother for two months, and when she wanted to leave, he threatened to cut off medical care for their son—who suffers from an unnamed medical condition—unless she left the boy with his grandmother.

Erica said “out of fear and a lack of proper legal advice,” she felt as though she had no choice but to leave her son with his paternal grandmother, but has since been blocked from getting him back or having consistent access to him, her court docs state.

Erica also said London is capping about being a more stable parent than her because he has not been consistently involved in the boy’s life or his medical care.

Erica also accused London of being way behind on his $1,100 per month child support payments, saying that he owes her more than $20,000.

For now, London has been awarded temporary custody, and both sides are due back in court next month, Bossip reports.

Erica filed a motion to get the case thrown out, but London—who is now in an off-and-on relationship with R&B singer Summer Walker—asked the judge to deny it. The judge has yet to rule.

This isn’t the first time London and Erica have had drama, as the mom posted a message on social media earlier this year saying that she hadn’t seen her since since Christmas.

“These people blocked me from seeing my child who I have joint custody of,” Erica shared on her Instagram stories.

“I’d never withhold my son from having a relationship with his father. He doesn’t have custody rights to make decisions … he’s just rich and refuses to follow the joint custody order. […] That’s wrong. Bring me my baby, I know he misses his mom.”