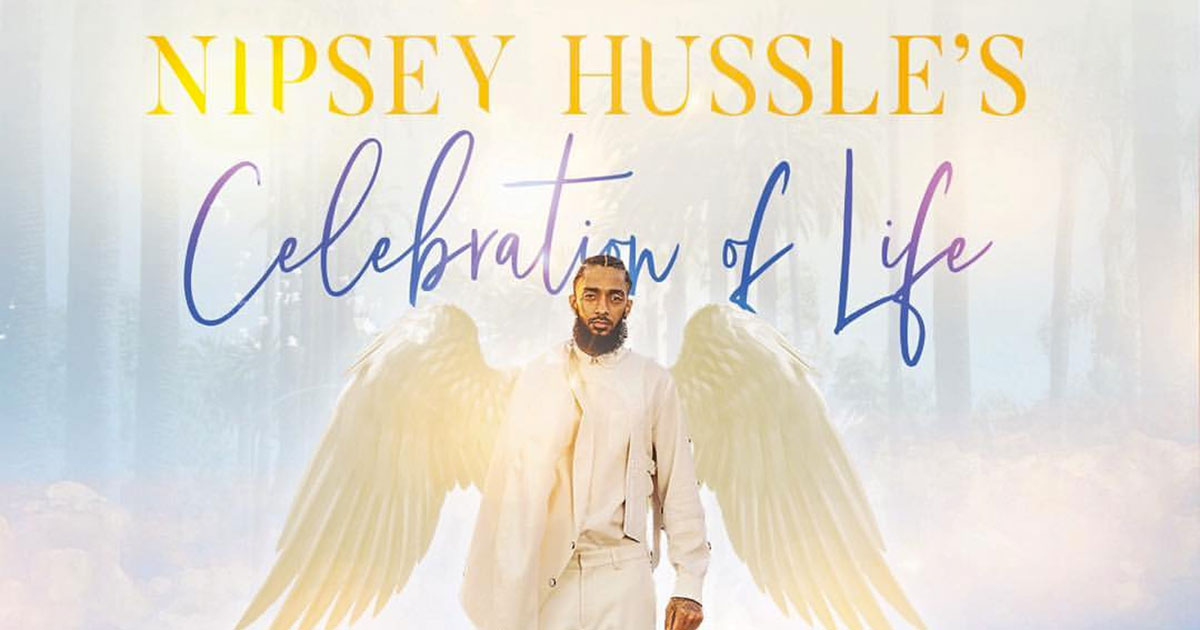 Hussle’s family decided on a public funeral at Staples Center so that his many fans and supporters could pay their respects.

According to TMZ, the complementary (aka FREE) tickets were reserved were California residents only and each household was allocated four tickets max.

Staples Center has even more stipulations for the event itself. Via TMZ:

According to SC … all guests in a group must enter the premise together with their tickets in hand, and everyone will be subject to metal detector screenings and bag screenings.

No backpacks are allowed, nor are bags larger than 14″ x 14″ x 6″. Out of respect for Nipsey’s family, cameras and recording devices won’t be allowed inside the venue either. Non-alcoholic beverages and light snacks will be available for purchase inside.

The service will take place on Thursday, April 11th at 10 a.m. PST and will end around noon. The Los Angeles Police Department will assist with security at the event.

Nipsey Hussle was shot and killed last Sunday (Mar. 31) in front of his The Marathon clothing store in Crenshaw.