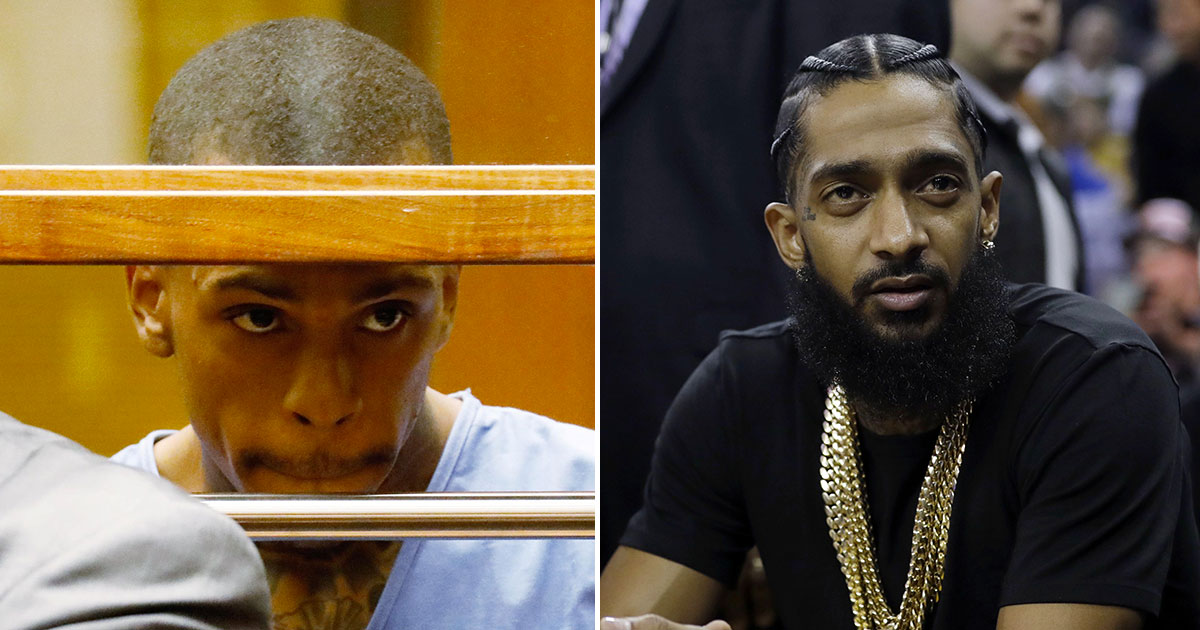 The man who allegedly killed Nipsey Hussle appeared before a judge Thursday (Apr. 4) where he was formally charged with murder and attempted murder in Sunday’s shooting that also involved two other victims who survived.

During the hearing, Eric Holder (also known by his street name “Shitty Cuz”) pleaded not guilty to the charges and his bail was reduced from $7 million to $5 million.

The L.A. County District Attorney’s Office charged Holder with a total of four counts, including one count of murder and two counts of attempted murder.

The other two men who were injured in the shooting outside Hussle’s The Marathon clothing store at Crenshaw Blvd. and Slauson Ave. were identified in the criminal complaint as Kerry Lathan and Shermi Cervabta Villanueva.

Holder, 29, was also charged with possession of a firearm by a felon, and could face the possibility of life in prison if convicted.