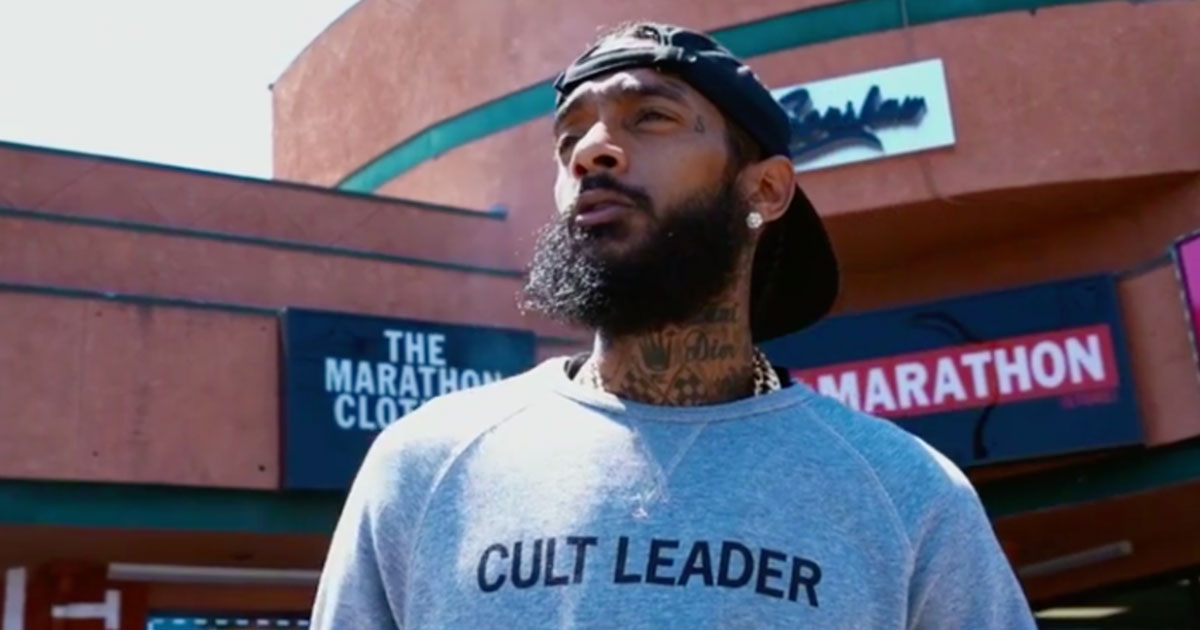 Nipsey Hussle was gunned down Sunday (Mar. 31) in full view of a nearby surveillance camera, and the footage could help police find the murder suspect.

TMZ obtained footage from a business near Nipsey’s The Marathon Clothing store.

If you look closely at the left side of the screen, someone can be seen entering the frame from a nearby alleyway and walking quickly toward the front of the store.

It’s hard to see the actual shooting, but you can see one of the three victims collapse to the ground and several people running away from the scene. If you’ll recall, two others were shot in addition to Nipsey, but they both survived.

It isn’t clear if the gunman is one of the people fleeing the area, but the footage makes it clear that several people witnessed the shooting.

It also isn’t clear whether the victim who hit the ground was Nipsey, but they’re wearing a white shirt like the one he was photographed in moments before the shooting.

His last pictures? things like this scare tf out of me. I'm soooo sorry @NipseyHussle this shouldn't have never happened to you. ?? pic.twitter.com/rVYo7s8S8Q

Police said they don’t have any leads at the moment, but they believe the shooter is a black male in his twenties and he reportedly fled in a getaway car driven by a woman.