GOSSIPONTHIS.COM Celebs Nipsey Hussle Dead at 33 After Being Shot Multiple Times Outside His... 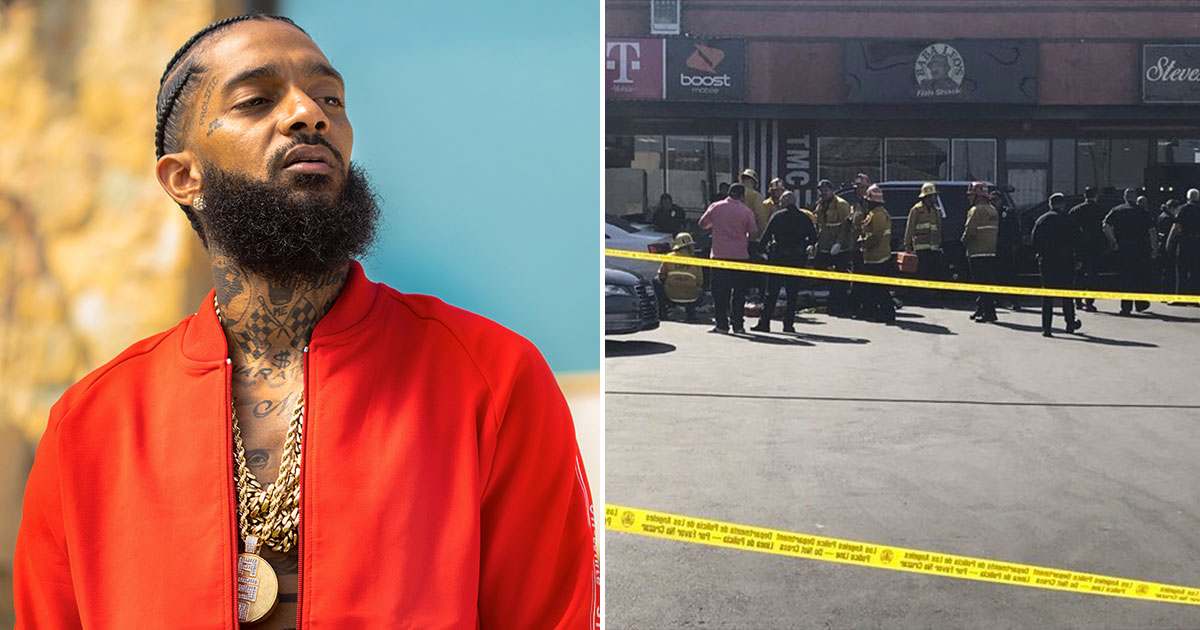 Nipsey Hussle died Sunday (Mar. 31) after he was shot multiple times in front of his clothing store in Los Angeles. He was 33 years old.

Multiple sources tell us the rapper was gunned down Sunday in the Hyde Park neighborhood of Los Angeles, south of the Crenshaw area.

We’re told he was at his clothing company called the Marathon Store. He opened the place back in 2017.

Just one hour before reports of the shooting surfaced online, Nipsey tweeted about having “strong enemies.”

Having strong enemies is a blessing.

Police said three people in all were shot at Nipsey’s store, and one of those people has since died at the hospital. Multiple sources have confirmed that the deceased person is Nipsey.

BREAKING: Rapper Nipsey Hussle has been pronounced dead at the hospital after being shot outside his clothing company in south Los Angeles, multiple law enforcement sources familiar with the incident tell @NBCNews. https://t.co/IY2Np29zFm – @anblanx

A man reportedly fled in a vehicle after the shooting. It wasn’t clear if that man was the shooter.

Nipsey, who is from Los Angeles’ Crenshaw neighborhood, is said to have ties with the Crips, but that hasn’t stopped him from working with artists who have affiliations with rival gangs, including YG and The Game, who both have ties with the Bloods.

Nipsey released a number of mixtapes over the course of his 10-year plus rap career, but just released his debut studio album Victory Lap last year.

The project, which was distributed through Atlantic Records and his own record label, All Money In, earned him a Grammy nomination for Best Rap Album last month, but he lost out to Cardi B.

Nipsey was also heavily involved in the Crenshaw community and owned several properties in South Los Angeles, including the strip mall where his clothing store is located.

“My career started right here,” he told FOX 11 last November. “This community put me on.”

At the time, Nipsey said his goal was to leave a legacy and financial stability for his two children, a daughter and a son.

“We playing the long game. We don’t want the money to stop when we go. When we can’t work no more. We want it to outlive us, we want it to be generational,” he said.

The Fox 11 report also noted that in an attempt to attract entrepreneurs to Crenshaw, Nipsey opened up a co-working space called Vector 90, which is a very unique business to the area.

“It’s very important that co-working spaces or spaces like this exist in communities like this for people of color where we can have resources and spaces to work. And to network and to meet with people and collaborate with people,” said community manager Desha Greene.

Nipsey Hussle is survived by his two children and longtime girlfriend Lauren London, who gave birth to his second child in 2016.

He and Lauren just participated in a “Couples Quiz” for GQ, which was just released a few days ago.