GOSSIPONTHIS.COM Hip Hop Soulja Boy Says He’s “Not Going Out Like 6ix9ine” After Getting Released... 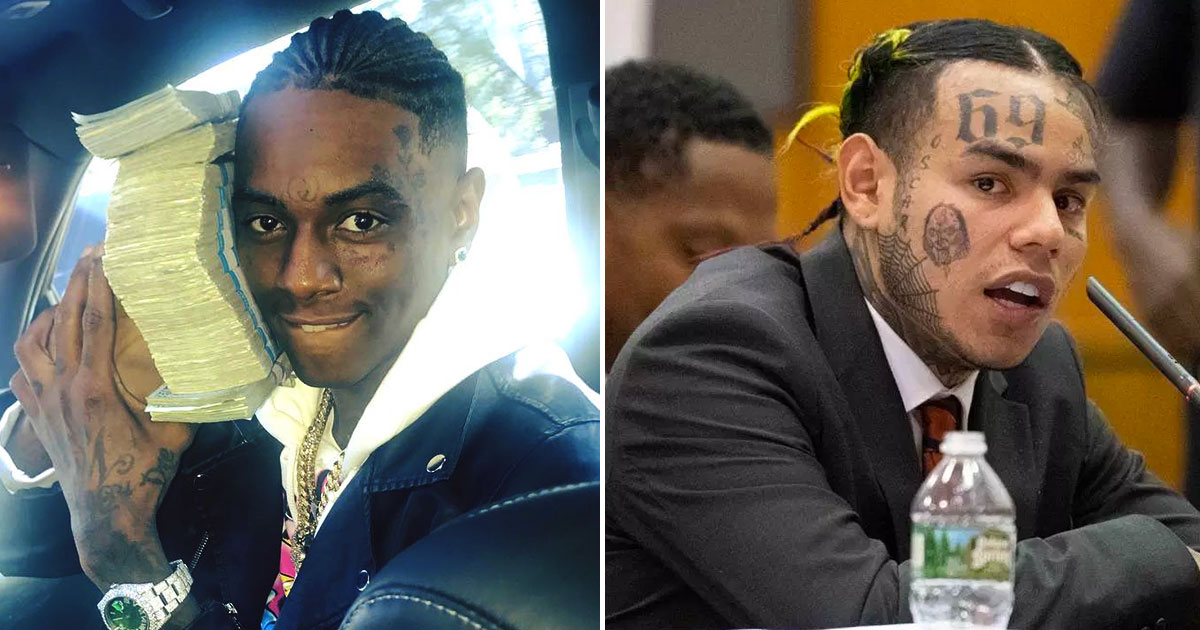 Soulja Boy threw a little shade Tekashi 6ix9ine’s way after he was released from jail over the weekend.

The “Crank That” rapper was arrested early Friday (Mar. 15) for a probation violation, and when he bailed himself out that same day, he quickly hopped on Instagram Live to celebrate his freedom.

Soulja Boy went to jail earlier because he violated his probation – they found ammunition in his home. Big Soulja wasted no time getting out. pic.twitter.com/KBYACbIroU

While celebrating his own freedom, he also cracked a joke at the expense of Tekashi 69, who remains behind bars after accepting a plea deal in his federal racketeering case.

“Ni**as tryna hate on me and sh*t, bruh. I’m not going out like 6ix9ine, bruh! Y’all got me f**ked up,” he said while showing off his inmate wristband.

Soulja also made sure to let his fans know he would be able to fulfill his obligation to perform at the Clippers game that night, which he did.

The rapper took center court at halftime during the Clippers vs. Bulls game at the Staples Center and performed his 2007 hit “Crank That (Soulja Boy).”

Soulja’s arrest earlier in the day stemmed from a violation of a probation agreement he signed in 2014 after he was convicted of a weapons violation.

In 2016, while he was on probation, police went to the rapper’s house after he made threatening comments online. After a search, they found at least one weapon and Soulja was arrested.

Soulja’s probation was extended by a judge, who made it clear to him that he was not to possess any weapons.

But in February 2018, when police executed another search warrant at the rapper’s Agoura Hills, California home after a woman accused him of holding her hostage in his garage (something he denies), they found ammunition, which violated his probation again.

On Friday, he was handcuffed and hauled off to a Van Nuys jail when he showed up for a meeting with his probation officer.

Soulja Boy’s lawyer, Fred Minassian, told TMZ that the judge released him pending a hearing on March 29th. “There was no finding in regards to his probation violation,” says Minassian said.