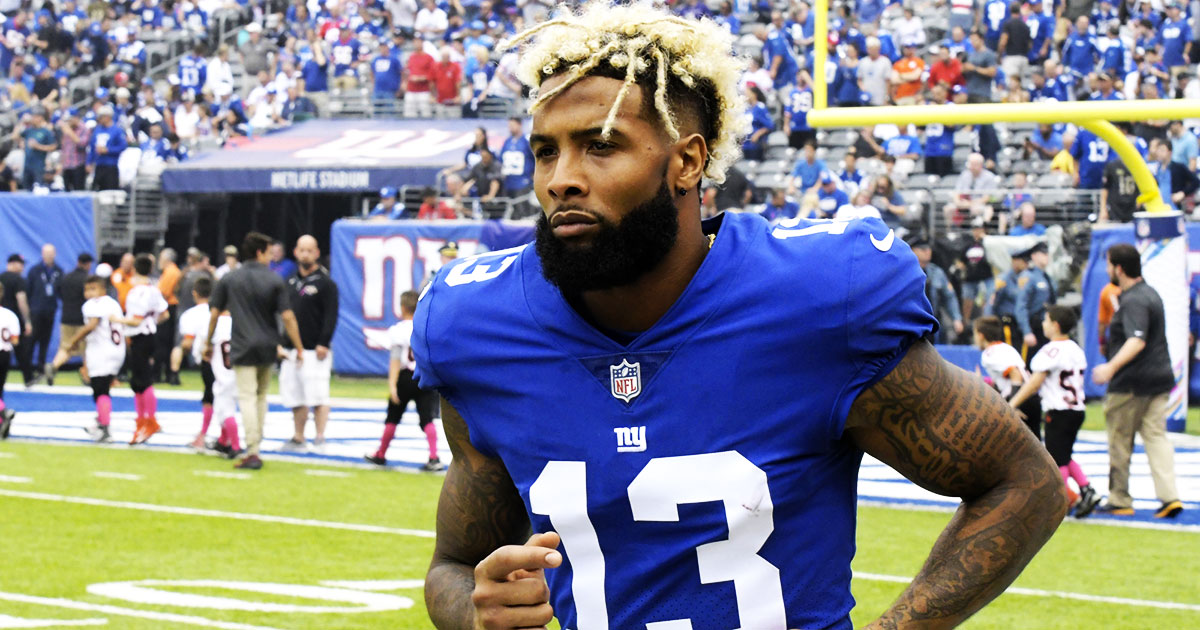 The Giants reportedly traded Beckham to Cleveland in exchange for a first-round pick (No. 17 overall), along with the Browns’ second third-round picks (No. 95) and safety Jabrill Peppers.

“The deal is done,” Garafolo tweeted. “I am not joking.”

BREAKING: The #Browns have traded for #Giants WR Odell Beckham, sources say. The deal is done. I am not joking.

The news comes just one week after Giants general manager Dave Gettleman insisted he didn’t sign Odell Beckham just to turn around and trade him.