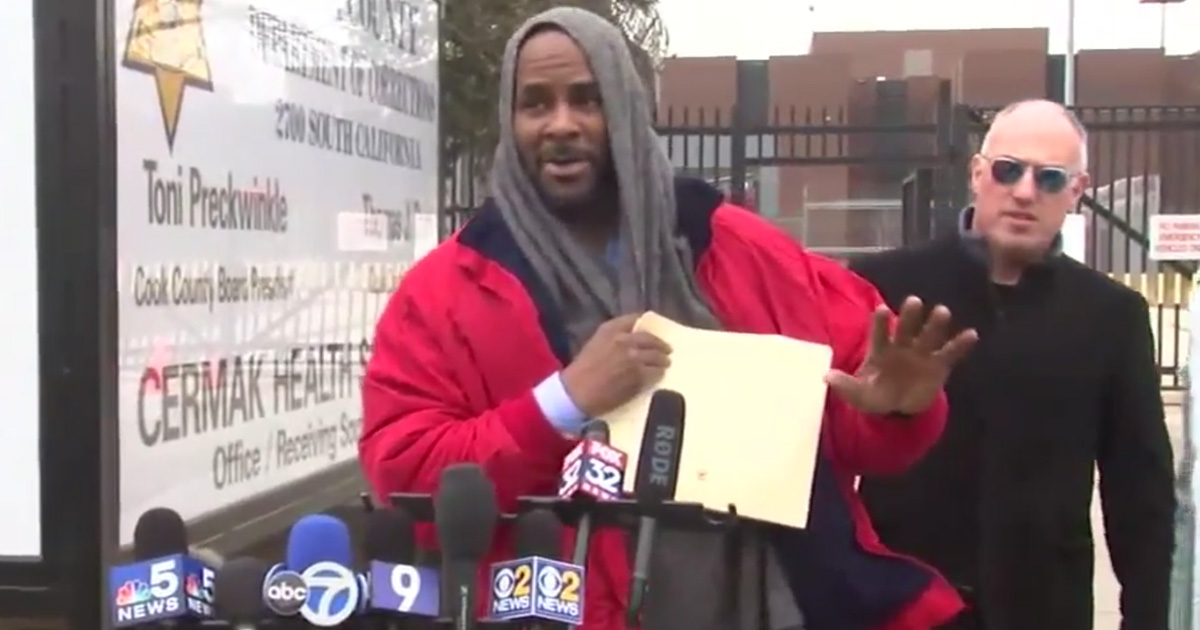 R. Kelly is, once again, a free man … this time after paying his outstanding child support payment.

The embattled singer was released from Cook County Jail in Chicago Saturday morning (Mar. 9) after he was somehow was able to pay off of the $161,633 he owes to his ex-wife, Andrea Kelly.

According to TMZ, Kelly “scraped together the money with help from a benefactor.”

He briefly spoke to the media after his release, thanking them for their “order” and saying, “I promise you we’re going to straighten all this stuff out, that’s all I can say right now.”

Kelly has been in and out of jail twice within the past two weeks.

He was jailed on Friday, February 22nd after he was indicted on 10 counts of aggravated sexual abuse involving minors and released the following Monday (Feb. 25) after a “close friend” put up the $100K needed to bail him out.

The self-proclaimed Pied Piper found himself in jail once again just two weeks later after he failed to come up with the $161K child support owed to his ex-wife himself.

Had Kelly not received the funds from a generous “benefactor,” he would have remained jailed until he came up with the cash himself.