GOSSIPONTHIS.COM Celebs R. Kelly’s Head Was Stomped on “Repeatedly” & He Was Almost Stabbed... 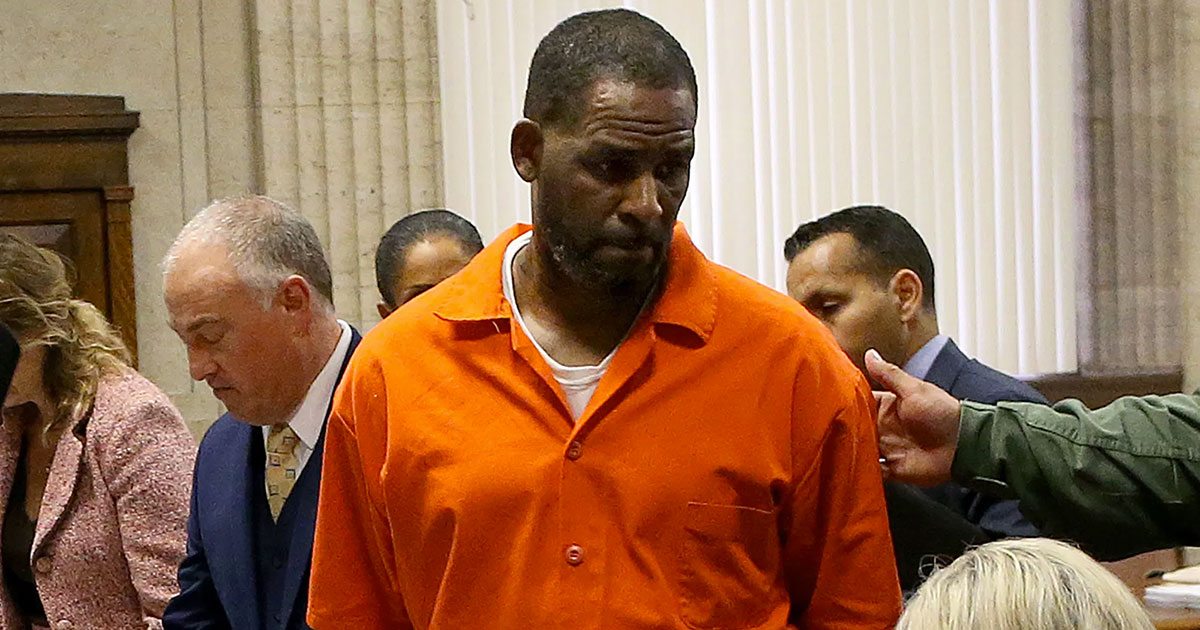 The inmate who attacked R. Kelly in his jail cell last week tried to stab the disgraced R&B singer with a pen and also “repeatedly” stomped on his head, according to Kelly’s attorney.

A motion filed Monday (Aug. 31) by R. Kelly’s lawyer Steven Greenberg asking the court to release Kelly on bail states that the “Ignition” singer was asleep in his cell at the Metropolitan Correctional Center in Chicago last Wednesday when the “violent” inmate snuck in and started “stomping on [Kelly’s] head, repeatedly.”

Greenberg also said the violent inmate had “an ink pen with him that he was going to use to stab Mr. Kelly but others grabbed him before he could use it.”

Greenberg’s motion (via PageSix) continued: “This is an inmate that never should have been anywhere near Mr. Kelly, an individual who is charged with the most violent of crimes, and one who plainly has no respect for the rules, he has the phrase ‘Fu** The Feds’ tattooed on his face.”

Greenberg revealed last Thursday (Aug. 27) that Kelly was attacked in his cell by a frustrated inmate who was upset over lockdowns in the facility caused by the disgraced artist, who’s currently awaiting trial on a series of child sex abuse charges.

“My understanding is, everytime there is a pro-R. Kelly protest outside of the jail, they lockdown the entire facility,” Greenberg said at the time.

“When they do this, inmates don’t get their commissary, they don’t get their shower, stuff like that and since they’re fairly sporadic anyway, they get upset. So they’re penalizing everyone in the facility because people are protesting in support of Kelly.”

Greenberg wrote in his motion to get Kelly released on bail: “To-date, there have been at least a half-dozen of these displays of support outside of the MCC, always peaceful.

“These unnecessary institutional lockdowns have needlessly promoted animosity towards Mr. Kelly. Notably, the institution does not go into lockdown during other, violent, downtown protests or during citywide looting.”

Kelly’s attorneys have repeatedly petitioned the courts to release him on bail amid the COVID-19 pandemic, pending his trial, but all of those requests have so far been denied.

He was originally supposed to go to trial for rape, sex trafficking and child pornography charges back in April, but the case has been delayed due to the pandemic.

In his motion Monday, Greenberg proposed having Kelly placed on electronic monitoring and allowing him to reside in an apartment with his girlfriend close to the courthouse.

Greenberg told Page Six that he fears for his client’s safety, especially after the violent attack.

“I’m still very concerned because sure this time the guards were able to quickly stop something from happening but what happens if someone goes in his cell with a shank or something like that? Or the guards are busy doing something else?” Greenberg said.

“We were fortunate this time but who’s to say next time?”