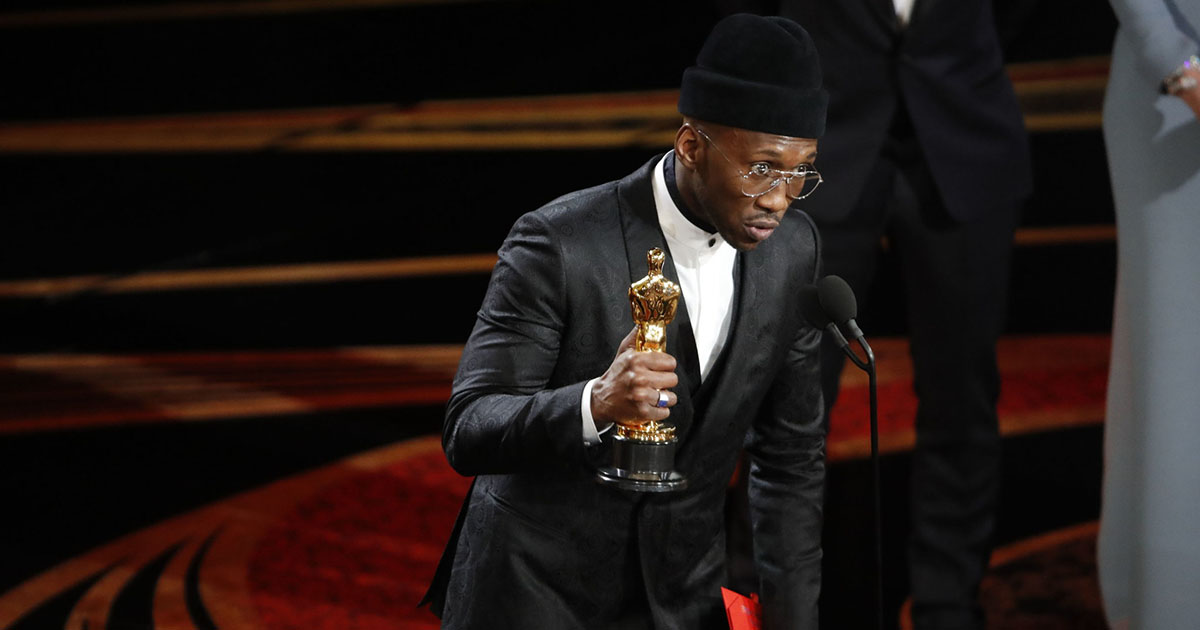 Mahershala Ali won his second Oscar award tonight for her role as piano player Don Shirley in Green Book, the controversial film that tells the true story of the black musician’s trip through the Deep South in the 1960s with a white chauffeur played by Viggo Mortenson.

The movie is named after The Negro Motorist Green Book, a mid-20th-century guidebook for African American travelers written by Victor Hugo Green to help them find black-friendly motels and restaurants.

Ali made history Sunday night (Feb. 23) as the first black actor to win two Best Supporting Actor Oscars. His first win came two years ago for the 2016 film “Moonlight.” Ali is so far undefeated in the category as he’s won both times he’s been nominated.

Mahershala Ali is now 2-for-2 at the #Oscars, with two BEST SUPPORTING ACTOR wins in the last three years. pic.twitter.com/tlIw1jgwI4

He joins Denzel Washington as the only two black people to win multiple Oscars for acting.

The actor dedicated the award to his grandmother “who has been in my ear my entire life telling me that if at first I don’t succeed, try, try again; that I can do anything I put my mind to; always, always pushing me to think positively.”

Mahershala Ali beat out performances from Adam Driver (“BlacKkKlansman”), Sam Elliott (“A Star Is Born”), Richard E. Grant (“Can You Ever Forgive Me?”) and Sam Rockwell (“Vice”) to take home the award.