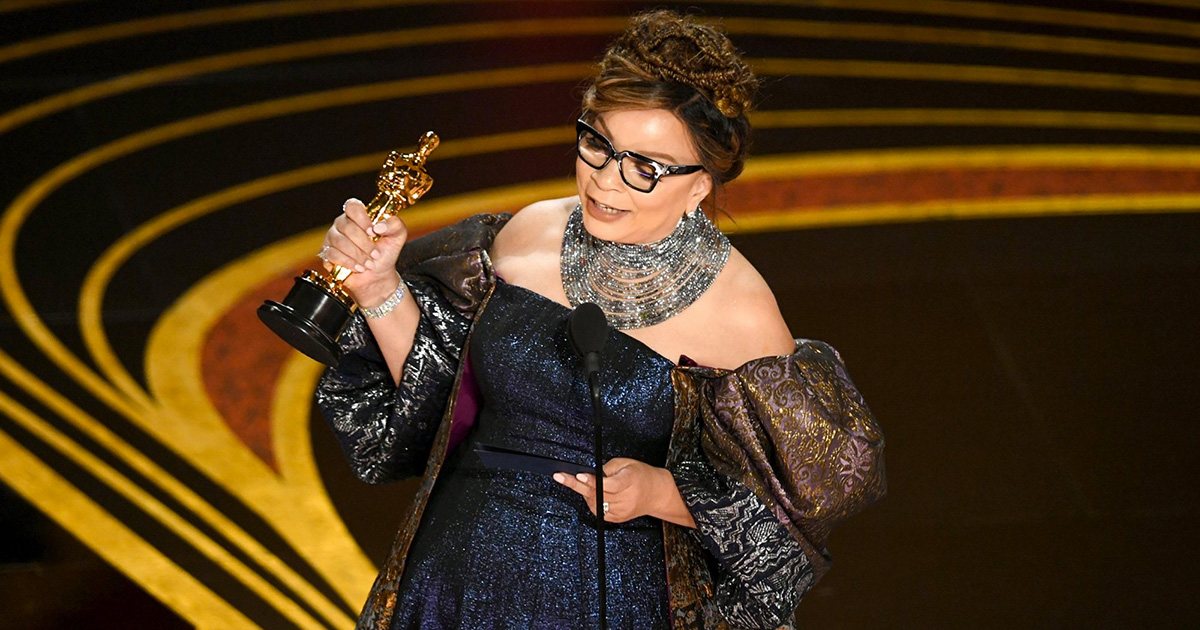 The 91st annual Academy Awards are being held tonight at the Dolby Theatre in Hollywood, and “Black Panther” took home the Oscar for Best Costume Design.

And the #Oscars winner is… pic.twitter.com/HZg4AaRab6

The win is also a historic one for costume designer Ruth E. Carter, who made history as the FIRST black person to win at the Academy Awards, thanks to her work in making the Afro-futuristic outfits seen in “Black Panther.”

The award also marks the first Oscar win EVER for Marvel Studios.

Carter, who was previously nominated for her design work in 1992’s Malcolm X and 1997’s Amistad, helped clothe the entire fictional nation of Wakanda in Ryan Coogler’s “Black Panther,” including everything from Chadwick Boseman’s superhero suit and Dora Milaje’s colorful armor.

“Marvel may have created the first black superhero, but through costume design, we turned him into an African king,” Carter said in her acceptance speech. “It’s been my life’s honor to create costumes. Thank you to the Academy, and thank you for honoring African royalty and the empowered way women can look and lead on screen.”

Carter also thanked Spike Lee, who is also an Oscar nominee this year for “BlacKkKlansman,” for giving her her start with “Malcolm X,” telling him, “I hope this makes you proud.”

Carter beat out fellow nominees Mary Zophres for “The Ballad of Buster Scruggs,” Sandy Powell for “The Favorite” and “Mary Poppins Returns,” and Alexandra Byrne for “mary Queen of Scots.”