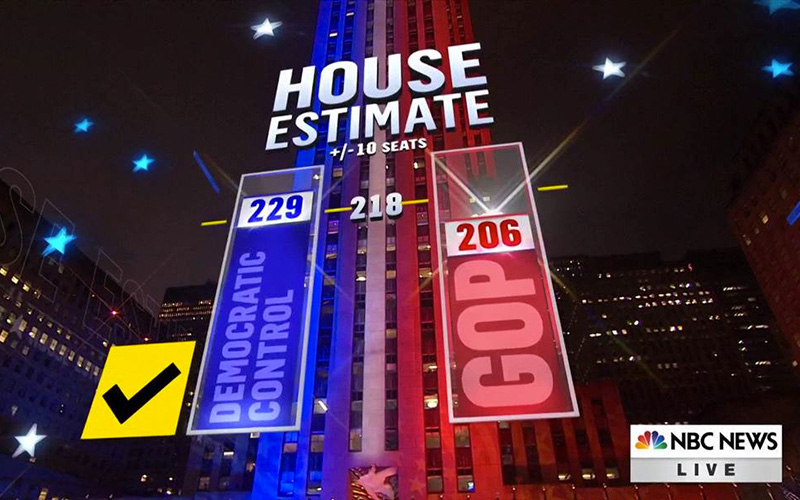 The Democrats have taken control of the House of Representatives while Republicans will control the Senate, NBC News reports.

Because the Dems now control the House and the Repubs are in control of the Senate, the Democratic party has gained new power to challenge President Trump and sets up a divided Congress until the 2020 elections.