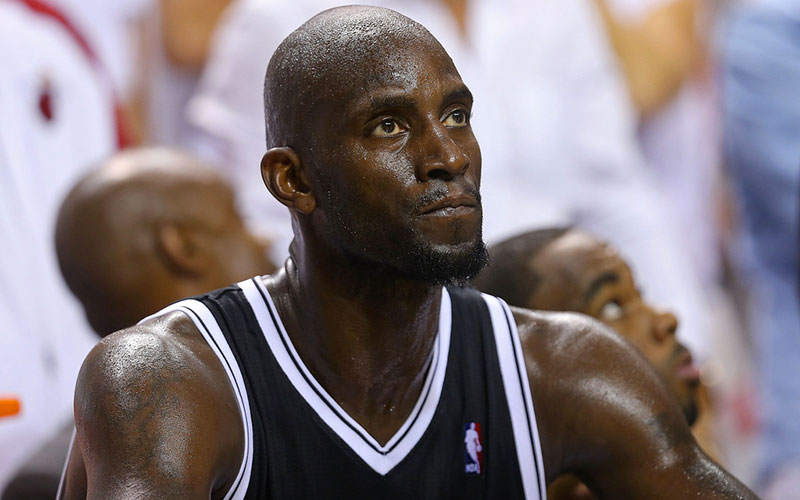 What would you do if you found out $77 million of your hard-earned cash was missing? In Kevin Garnett’s case, he’s pointing the finger at his former accountant.

Garnett has reportedly filed a malpractice lawsuit against his former account Michael Wertheim, along with his firm, Welenken CPAs, on allegations that they knowingly helped wealth manager Charles A. Banks IV steal roughly $77 million from him.

The lawsuit states that Wertheim “possessed actual knowledge that Banks was helping himself to millions of dollars of Garnett’s money and did nothing about it.”

The suit continues: “Banks intentionally … looted Garnett of his earnings and assets for many years, including the many years that Welenken and Wertheim provided accounting services to Garnett and his business interests.”

The suit also says that Wertheim “took direction from Banks and for some reason chose to have virtually no contact with Garnett.”

Oddly enough, even though banks was the one who ran off with the money, he wasn’t named as a defendant in the suit.

Garnett’s attorney, Mark Gaughan, declined to say why Banks wasn’t named in the suit, however, Banks is being sued by Hammer Holdings, a company that “counted Banks and Garnett as partners and that Banks allegedly used to steal from Garnett,” according to the Minneapolis Star-Tribune.

The lawsuit alleged that Wertheim also “worked in concert” with Banks to put Garnett on a strict allowance and set budgets that he was urged to follow.

According to the suit, when Garnett asked to withdraw $40,000 of his own money in 2013, Banks denied his request via e-mail implying that the 15-time NBA all-star couldn’t afford to.

“Kevin, I have all the info from the accountant and suggested (and required cuts),” Banks wrote, according to correspondence from Banks to Garnett that is part of the suit. “This e-mail is just meant to convey the cold, hard facts, no opinion or judgement [sic]. It’s pretty ugly and going to be very difficult, but you can do it and it will change your life forever (financially).”

The lawsuit states that Banks took around $2 million for himself around that time. The e-mail implying that Garnett’s finances were in dire straits came three years before he retired in 2016.

According to Business Insider, Garnet earned $326 million over his career, making him the highest-paid player in NBA history at the time.

Michael Wertheim and Welenken CPAs deny the accusations of theft, and their defense attorney Greg Simpson said they “intend to vigorously defend themselves against the allegations, deny any wrongdoing and believe the suit lacks merit. They will be moving to dismiss it at an early stage.”

Garnett’s attorney said that “based upon the facts, we are confident this matter ultimately will be resolved in Mr. Garnett’s favor.”