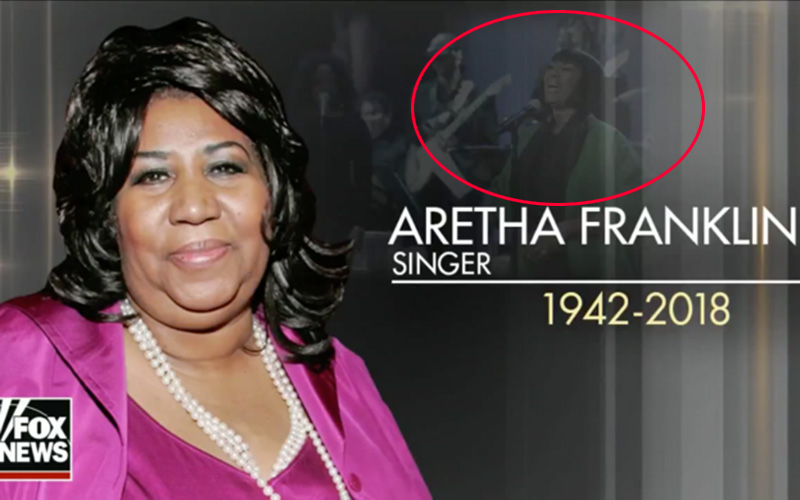 Fox News was forced to issue an apology after the network mistakenly showed an image of Patti LaBelle during a segment that was supposed to honor the life of Aretha Franklin, who died Thursday (Aug. 16) at the age of 76.

The segment featured a composite image showing Franklin in the foreground and LaBelle in a faded, smaller image in the background. Social media was quick to point out Fox News’ gaffe, which not only was posted on the internet but also aired on television:

WHY would Fox News be petty and use this pic of Aretha and add Patti LaBelle in the background?!! pic.twitter.com/vruO5Fm4vh

It seems @FoxNews used an image of Patti LaBelle, thinking it was Aretha Franklin.

This is why the correct name for Fox is #FauxNews.

I wonder how Fox News messed up and used an image of Patti LaBelle instead of Aretha Franklin?? pic.twitter.com/QtrKJ4btxk

Weird that Fox News can keep all these women straight but they manage to confuse Patti LaBelle with Aretha Franklin. There must be an explanation but I can't quite put my finger on it… pic.twitter.com/ErfAVvg64Z

Fox News apologizes for using the wrong graphic of Aretha Franklin and releases an update… pic.twitter.com/jfQ6ofqOI6

While social media immediately noticed the error, it took Fox News several hours to own up to their mistake.

“We sincerely apologize to Aretha Franklin’s family and friends,” Jessica Santostefano, Fox News’ vice president, media desk, said in a statement. “Our intention was to honor the icon using a secondary image of her performing with Patti LaBelle in the full screen graphic, but the image of Ms. Franklin was obscured in that process, which we deeply regret.”

But wayment. Aretha Franklin was NEVER in that photo, to begin with. So what’s the real issue here?!

Fox said, “Our intention was to honor the icon using a secondary image of her performing with Patti LaBelle in the full-screen graphic, but the image of Ms. Franklin was obscured in that process."

Do you see Aretha in this photo?
No?
Because she wasn't there. pic.twitter.com/zEFXtPtEb8