GOSSIPONTHIS.COM Celebs Ving Rhames Held at Gunpoint at His House by Cops After Neighbor... 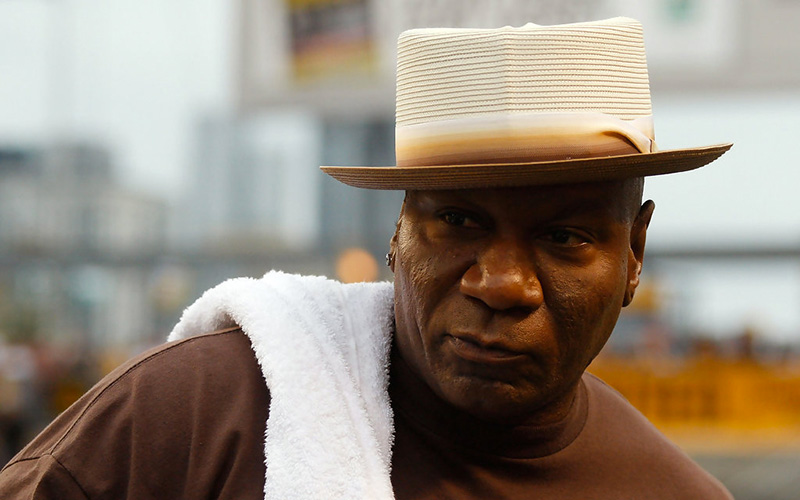 Add #LivingAtHomeWhileBlack to the list of things black folks can’t do without white people calling the police on us.

By now, I’m sure you’ve heard at least one of the many stories in recent months about white people calling the police on black people (including children, for Christ’s sake) for doing completely innocent things, like barbecuing at a park, selling water, sitting at Starbucks, cutting grass, or just doing your damn job.

And it’s not just happening to us regla black folks either. Black celebrities are also becoming victims of #ExistingWhileBlack.

Ving Rhames says he was held at gunpoint by police in his Santa Monica home after a neighbor called 911 to report that a “large black man” had broken into his house. The actor recalled the incident Friday (Jul. 27) during an appearance on Sirius XM’s Clay Cane show, saying that he was the “large black man” who was caught breaking into his own house.

Rhames said that he was sitting in his Santa Monica, California one afternoon when police knocked on his door and pointed a gun at him until they realized who he was.

“This is the God’s honest truth. This happened this year,” Rhames said. “I open the door and there is a red dot pointed at my face from a 9-mm, and they say ‘put up your hands,’ literally,” Rhames said.

Rhames—known for his extensive filmography which includes movies like “Pulp Fiction,” “Missing: Impossible,” “Rosewood,” “Con Air,” “Baby Boy,” “Holiday Heart” and more—said he was wearing nothing but basketball shorts when he stepped outside his house and was surrounded by several police officers and a police dog.

Thankfully, the chief of police recognized him, not due to his fame, but because their children both play on the same sports team. Rhames said he then spoke with the officers to find out why they were threatening to shoot him inside his own home, and that’s when they told him that a neighbor had called to report a break-in by a “large black man.”

Rhames said police gave him the neighbor’s address, and when he went to their house accompanied by an officer to confront them about calling the police on him, they denied the whole thing.

Rhames said his biggest concern was what would’ve happened if his young son had answered the door instead of him. “What if it was my son and he had a video game remote or something and you thought it was a gun. I don’t know, just like Trayvon [Martin] had a bag of Skittles,” the actor said.