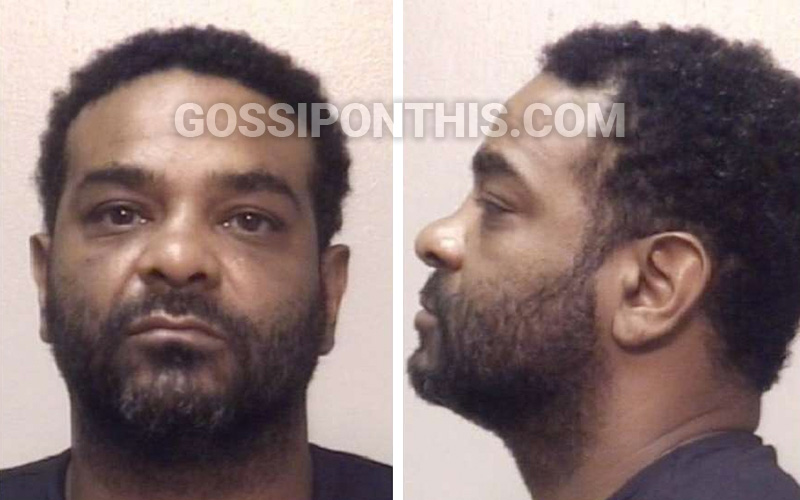 Rapper Jim Jones was arrested in Georgia after leading police on a chase that ended with him getting popped for possession of drugs and a firearm, TMZ reports.

Cops attempted to pull over a grey Mercedes SUV Jim was riding in with three other people in Cowetta County, GA Thursday night (Jun. 21). According to police,  the grey Mercedes SUV was traveling south on I-85 and reportedly drifted into the left-hand emergency lane several times.

Instead of stopping for police, the car accelerated, which sparked a chase, the Sheriff’s Department said. The car eventually stopped after running into a deputy’s vehicle. Jones was NOT driving at the time. The “We Fly High” rapper was simply a passenger in the backseat.

Here’s exactly what happened, per the Newnan Times-Herald:

A traffic stop was conducted on the SUV at exit 35, where the driver of the SUV reportedly rolled through the stop sign at the bottom of the exit ramp before pulling over on the side of Hwy 29.

While officers were exiting their vehicle, the driver of the SUV accelerated and led police on a short chase that ended on Griffin Street near Frazier’s, where Wood pulled in front of the SUV to stop it and was intentionally struck by the driver, Yarbrough said.

The occupants of the SUV were then ordered out of the car and to place their hands on the roof.

Jones said he had told the driver of the car, , to pull over, but stated she was acting “incoherent,” according to the report.

After searching the vehicle, deputies found marijuana, 23 Oxycodone pills, Percocets, vape cartridges, THC oil, two loaded pistols and $148 cash, which Jim called “just petty cash.” According to cops, of the two guns they found, one of them was stolen.

Because no one admitted to the possession of any of the items, although Jones said he had a prescription for the Oxy and Percs, everyone was arrested.

Jones, who also reportedly admitted to smoking marijuana but denied that the weed found in the car was his, told the cops that he told the driver—identified as 23-year-old Ana Rajnee Miles—to pull over, but she was acting “incoherent.”

Jim Jones, whose real name is Joseph Guillermo Jones, was charged with three felonies: possession of a stolen gun, possession of a firearm during the commission of a crime, and possession of narcotics. The 41-year-old rapper was also hit with a misdemeanor charge for the prescription pills not being in their original container. He was later released on $7,000 bail.