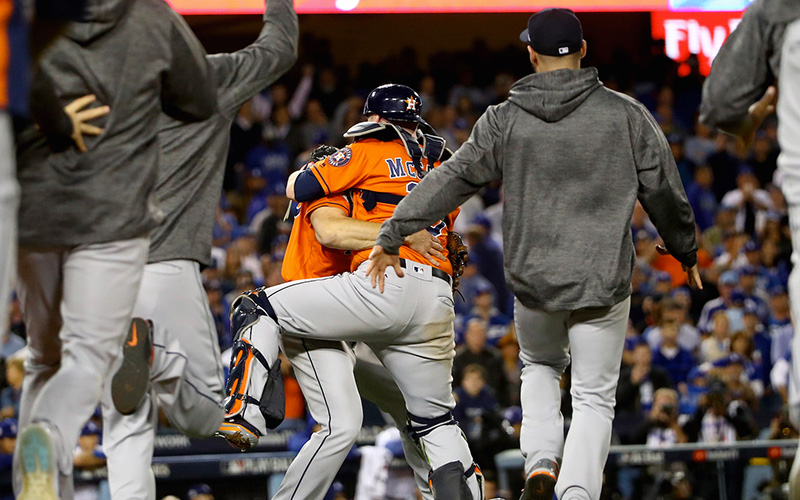 After more than five decades, the Houston Astros can finally call themselves baseball champions.

After 55 long years, the Astros have won their first-ever MLB World Series title after defeating the Los Angeles Dodgers Wednesday in Game 7 in L.A. This is only their second World Series since their debut in 1962.

Houston went on the road to earn a 5-1 victory over the Los Angeles Dodgers in Wednesday night’s Game 7 at Dodger Stadium, concluding one of the most thrilling Fall Classics in history.

Starting out in 1962 as the Houston Colt .45s, the Astros have spent nearly their entire existence out of playoff contention and made just one prior World Series appearance in 2005.

But behind a slow, youth-laden rebuild and timely moves for veteran pieces, the Astros emerged as a power capable of toppling the high-cost Dodgers.

Congrats to the Astros on their first-ever World Series title!