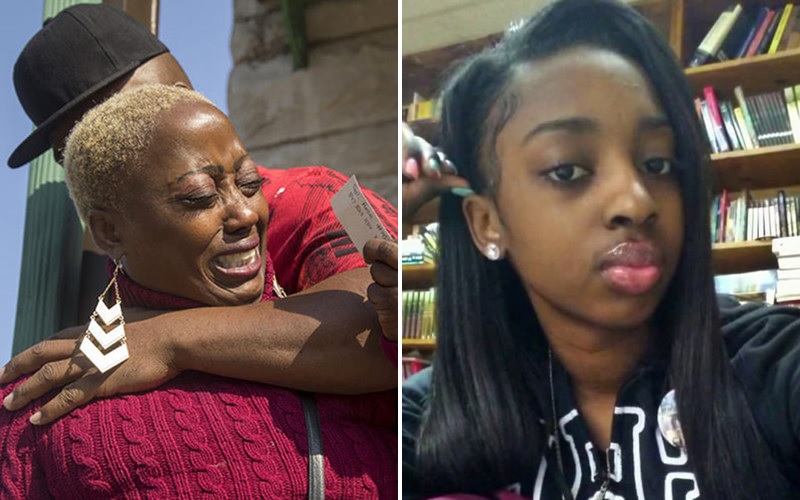 A lawyer representing the family of Kenneka Jenkins—who was recently found dead in a hotel freezer—says they have not received any video evidence from Rosemont, Illinois police that shows the 19-year-old walking into the freezer alone.

Serious questions remain as to how she ended up in a Crowne Plaza Hotel freezer and why it took a day and a half for the hotel to find Kenneka. Her death requires a thorough complete and independent investigation.

This is a contradiction to Chicago activist Andrew Holmes who claimed yesterday (Sept. 14) that Rosemont police personally showed him surveillance video from Crowne Plaza Hotel that show a disoriented Kenneka opening the double doors of a freezer, walking in alone and not coming back out.

The anti-violence advocate even held a press conference and deemed Kenneka’s death “an accident waiting to happen.”

Police never confirmed that Holmes was shown such footage, however, Rosemont police spokesman Det. Joe Balogh thanked Holmes’ “[assistance] on behalf of the family and community pursuant to this investigation.”

Holmes has worked closely with several police department over the years due to activism went to the Rosemont Police Department for answers regarding Kenneka’s case allegedly on the behalf of her family.

However, during a protest for her daughter on Thursday, Kenneka’s mother Tereasa Martin said Holmes had “misrepresented” her and said that the statements he made during his press conference were false.

“He came out of the blue and acting … like he was a friend. But he calls me this morning and says, ‘Oh the hotel is not making any money. I think you need to go online and stop the protest.'”

This was a similar statement Martin made about Holmes on Facebook Live prior to attending the protest.

It should be noted that Martin had not seen any video footage at the time she made these statements. She and her lawyer reviewed the footage the following day (Sept. 15).

Although, it is extremely interesting that police would show such vital evidence to an outsider before Kenneka’s mother, and more importantly, her lawyer. Nonetheless, Holmes is standing by his comments following the family’s statement on Friday.

Kenneka was found dead in walk-in a freezer at Crowne Plaza Hotel on Sunday (Sept. 10) after attending a party with friends at the hotel on Friday. Cause of death was not determined after an autopsy and a toxicology report may take week or months.

Despite heavy social media speculation the 19-year-old was murdered, police are currently treating her case as a death investigation, with homicide or foul play not being suspected.

Any hotel surveillance footage is not expected to be released to the public until the investigation is closed.