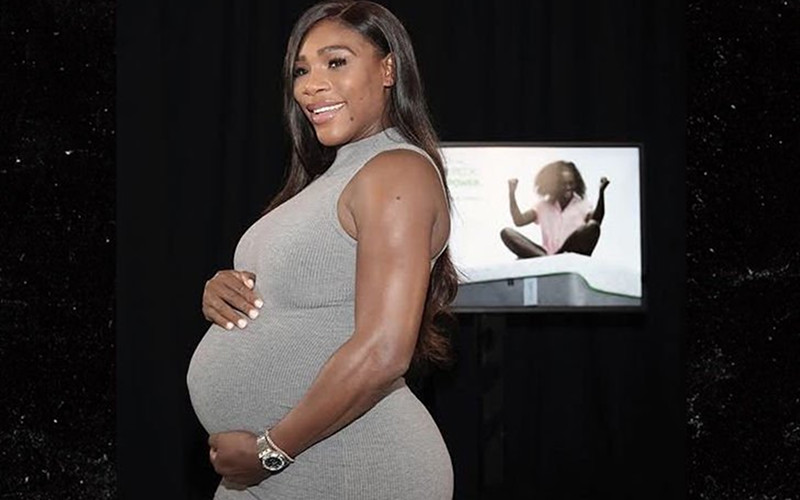 The day has finally come. Serena Williams is now a mom!

Williams reportedly checked into the hospital on Wednesday (Aug. 30) and pulled a Beyoncé by clearing the entire first floor for security purposes. She was induced Thursday night.

This is the first child for Williams and fiancé and Reddit co-founder Alexis Ohanian. The couple didn’t want to know the sex of their child until it arrived, but Williams had a feeling she was going to have a daughter.

“Two weeks after we found out [I was pregnant], I played the Australian Open,” she told Vogue in August. “I told Alexis it has to be a girl because there I was playing in 100-degree weather, and that baby never gave me any trouble. Ride or die. Women are tough that way.”

Moments after the birth of Serena’s daughter was announced publicly, older sister Venus Williams was preparing to play her third-round match at the U.S. Open. “Obviously, I’m super excited. Words can’t describe,” she told ESPN as she walking onto the court.

A name for the baby girl has yet to be revealed. However, I’m sure it will be adorable. We wish the new family well.