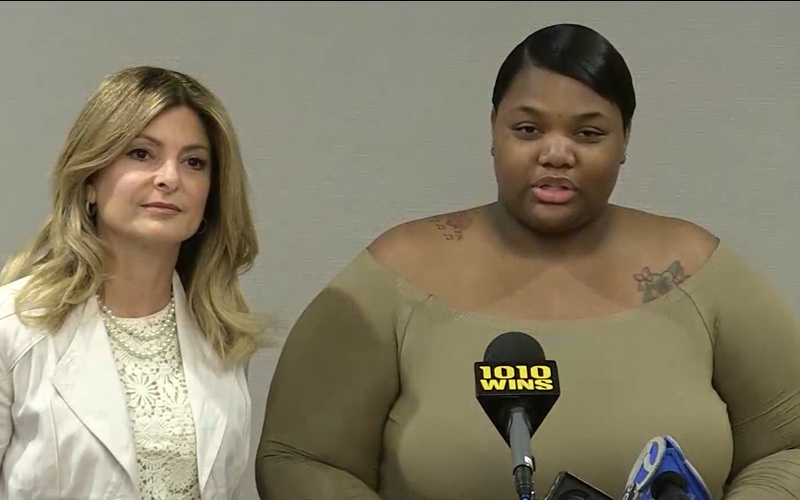 Three people have followed through with a lawsuit against Usher, claiming the singer exposed them to herpes without first disclosing he had the virus.

Celebrity attorney Lisa Bloom is representing the three individuals (two women and one man). Two of the people have chosen to remain anonymous, however, Quantasia Sharpton appeared with Bloom during a press conference today (Aug. 7) in NYC and detailed her encounter with Usher.

The 21-year-old says she went to an Usher concert with friends to celebrate her 19th birthday. She was spotted in the crowd wearing her birthday crown and was invited backstage. She claims a security guard told her Usher was interested in her and asked for her number, and the singer used it!

“After the show, my friends and I returned to the hotel. I got a call from Usher on a blocked number, asking me what hotel I was staying in and the room number. About an hour later, he arrived. We spoke for a while, and then we engaged in sexual contact. He never warned me about any STDs.”

Sharpton says she first learned Usher (allegedly) has herpes a few weeks ago after it was reported that the singer paid a woman $1.1 million in 2012 for infecting her with the incurable virus without disclosing his status before sexual contact.

Sharpton, who is a mother now, tested negative for the STD, but feels her rights were violated.

“Although I am negative, I am upset by the reports because I never would have consented, if I would have known. I would not have taken a risk of getting an incurable disease. My health is very important to me, now that I am a mother.

“I feel that my rights were violated. I am speaking out today on behalf of myself and others, some of whom are positive and are embarrassed to speak out publicly.”

Bloom says one of the anonymous accusers has tested positive herpes and believes they contracted it from Usher. It’s unclear if Bloom is referring to the woman or the man, who are only identified as “Jane Doe” and “John Doe” in the California lawsuit.

“Usher, if you are negative, please say so. If you are positive, you need to warn your sex partners, so that they can make their own informed decisions,” Sharpton urged the eight-time Grammy winner.

The settled 2012 lawsuit states Usher contracted herpes in 2009 or 2010. Sharpton and the other two anonymous plaintiffs say their sexual contacts with Usher occurred after 2012.

Since his STD status was revealed a few weeks ago, Usher and his reps have remained silent on the matter, neither confirming nor denying the allegations.

Lisa Bloom says other clients have contacted her and she may file additional lawsuits against Usher on their behalf.