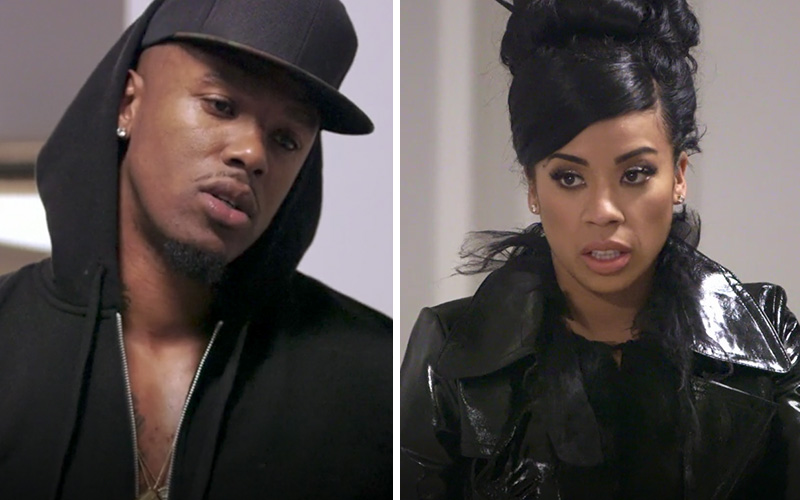 Keyshia Cole made her highly-anticipated debut on Love & Hip Hop Hollywood Monday night (Jul. 24). However, many viewers couldn’t help but question why the singer’s ex-husband was still living in her house.

Season 4 of LHHH kicked off with Keyshia performing onstage and the cameras followed her back to her home for viewers to find her ex-husband Daniel “Booby” Gibson chillin’ like a villain on her couch. Keyshia appeared on E!’s Daily Pop Tuesday to explain the two want to co-parent their 7-year-old son, DJ.

“I didn’t know my biological father coming up. So, it’s kind of a strong emotional situation for me because I want [my son] DJ to have everything that I didn’t. So, even though he’s done a lot of things in the marriage that was the ultimate no-no, you know what? It’s not about me and him at this point. My son is 7, he needs his father.”

Keyshia also added that Booby, a former Cleveland Cavaliers guard who now wants to pursue a rap career, is currently having financial issues. She says she wants to help him out until he gets on his feet and hopes he would do the same for her if she were in a similar situation.

Keyshia and Booby married in 2011. However, Booby admits that he regularly lied and cheated during the marriage and Keyshia filed for divorce in 2014. Despite their issues, Keyshia wants to keep Boobie in their son’s life.

We’ve seen this type of arrangement before on reality TV. Divorcees Robyn and Juan Dixon of The Real Housewives of Potomac continue to live together for the sake of their two young sons and financial reasons.

During her Daily Pop interview, Keyshia hinted that she and Booby may be in a different place, but we have to keep watching LHHH to see how their storyline plays out. Love & Hip Hop Hollywood airs Mondays on VH1.