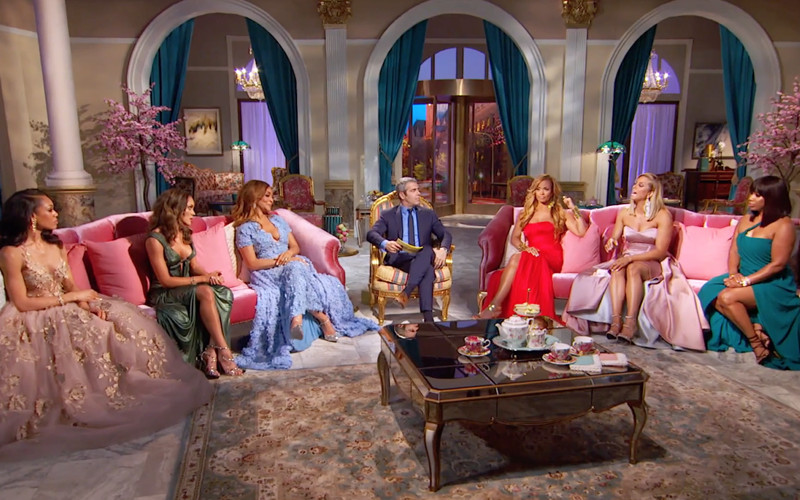 Even though many of us still haven’t recovered from the last one, another Real Housewives reunion is on its way. And based on the trailer that just dropped, the ladies of Potomac left their much-talked about class at home to hash out all the drama from season 2.

Season 2 of The Real Housewives of Potomac was only 12 episodes, but it was jam-packed with drama and shade. Gizelle Bryant, Robyn Dixon, Karen Huger, Charrisse Jackson-Jordan, Monique Samuels, and Ashley Darby all gathered for a two-part reunion and it doesn’t look like any fences were mended. In fact, some friendships may be worse off than before.

The greatest point of tension seems to be from the mother hens of the group, Karen and Charrisse. The two had an established friendship prior to the show, but now each woman is fighting the be the “Grand Dame of Potomac.” Things get real nasty when marriages and infidelity comes up.

Karen: “You’ve been dating three men and it don’t look good in the street of Potomac.”

Charrisse: “People say you have a boyfriend. Do I talk about that? Blue Eyes or whatever his name is?”

Charrisse is currently separated and seeking a divorce from NBA/college basketball coach Eddie Jordan. Meanwhile, Karen has been married to, as she calls him, the “Black Bill Gates” Raymond Huger for 20 years. However, many of the ladies wondered if the couple was secretly having financial issues this season.

Ashley, whose marriage is definitely on the rocks, even accuses Charrisse of throwing swinger parties: “I did hear you used to have some interesting parties Charisse. And apparently it didn’t stay platonic.”

Ugh! Not another sex dungeon controversy?!?

Other highlights from the trailer include: Gizelle and Monique continuing to trade cheap shots at each other, Robyn shutting down Ashley for meddling in her unconventional relationship with live-in-ex-husband Juan Dixon, Juan attempting to explain cheating rumors, and Ashley making an announcement about her marriage. 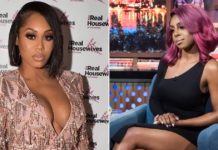 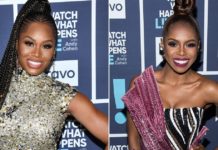