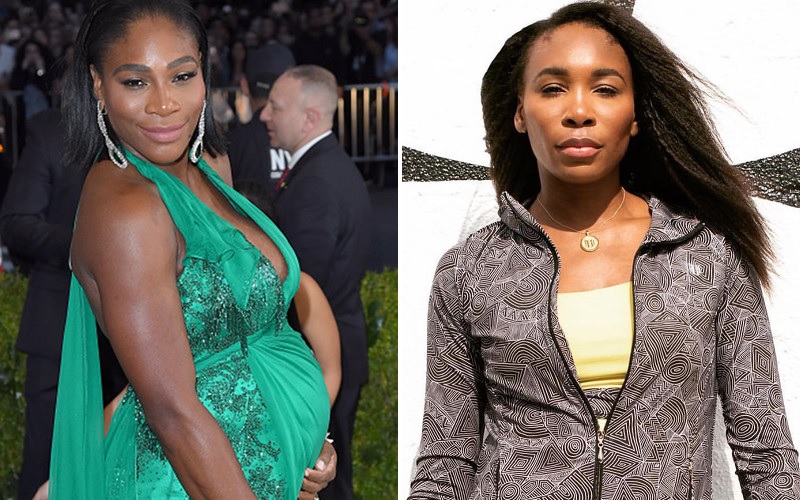 Was the sex of Serena Williams’ first baby just revealed? A possible slip of the tongue — by Serena’s own sister, no less — may have let the cat out of the bag.

Venus Williams won her second-round match at the 2017 French Open while her pregnant little sister cheered her on from the stands. Venus briefly spoke with Eurosport following her match. When the reporter asked what Serena’s baby will call her, Venus’ answer was quite interesting.

“She’s going to call me favorite aunt. Of course it’s like every day we’re like baby V, baby Isha, baby Lyn. We all want the baby to be named after us.”

Does this mean Serena is having a girl? Though not technically confirmed, social media is definitely taking the casual quip as fact.

Serena is having a girl!! The domination continues.

This is actually not the first time something was accidentally revealed regarding Serena’s pregnancy. The big announcement that she was expecting her first child was because of a social media mishap. Serena explained during the Ted Talks conference in April that she pressed the wrong button while documenting her pregnancy.

“Well, actually it was an accident. I was on vacation just taking some time for myself and I have this thing where I’ve been checking my status and taking pictures every week to see how far along I’m going. I didn’t tell a lot of people to be quite honest and I’d been saving it.

On social media, you press the wrong button and… Thirty minutes later I missed four calls and I’m like, ‘That’s weird.’ But it was a good moment. I was only going to wait five or six more days [to share].”

Serena is expecting her first child with her fiancé, Reddit co-founder Alexis Ohanian. The two spent the last week on their “babymoon” in Monaco.

The next big slip-up will be Serena’s due date.