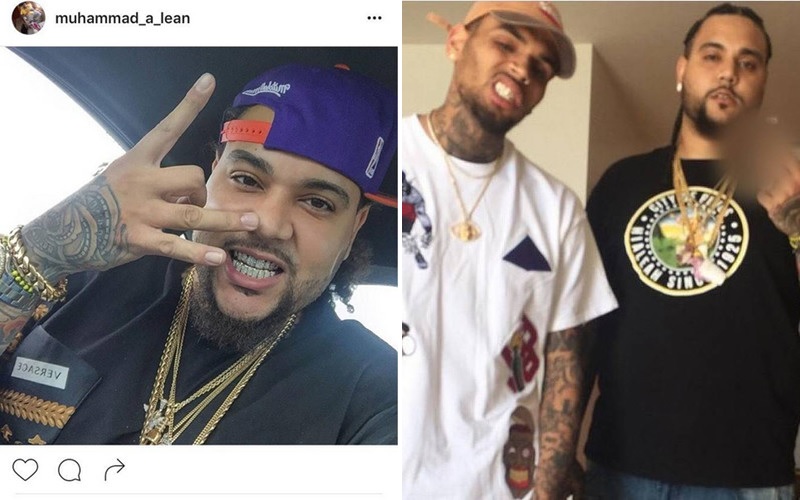 Chris Brown and Lil Wayne’s alleged drug dealer has just been convicted of five drug trafficking felonies that could keep him locked behind bars for life.

A Miami federal jury took less than four hours to find Harrison Garcia guilty of five felonies on Monday (Apr. 10). He is accused of illegally selling marijuana, lean, and Xanax.

The 27-year-old is the self-professed “CEO of Purple Drank” or Sizzurp and goes by the name “Muhammad-a-Lean” and “Cuban Harry” on social media.

Garcia’s supposed street-cred has earned him some clout within the hip-hop community and he has gained an elite clientele, allegedly including Chris and Wayne. His associations with the two artists came to light during the week-long testimony. Garcia even admitted to selling Wayne “a lot of narcotics.”

According to the Miami Herald, text messages were provided to the jury showing Garcia sold drugs to Chris and Wayne, including an alleged $15,000 by Chris to Garcia.

The messages appeared to show Garcia directing his “do-boy” to deliver drugs to Lil Wayne and his crew. “I’ll shoot u some trees,” one message read, a reference to marijuana. “It’s for Wayne,” Garcia allegedly responded via text.

The text message about Brown was more explicit. Garcia sent a bragging text message to a woman of a screen shot of the $15,000 bank deposit from “Christopher Brown” into his account.

The woman responded: “What that for LOL”

With an Instagram following of 30,000, Garcia often flaunted his luxurious lifestyle by posing with celebrities, guns, gold chains and jewelry, exotic cars, and stacks of cash.

However, his lawyer, Gustavo Lage, argued this was all fake and Garcia only created this social media persona to build his street cred, even suggesting the case was an “Instagram persecution” used to get bigger fish like Chris and Wayne.

In fact, a U.S. Homeland Security agent testified in court that federal officials are investigating Chris and Wayne’s association with Garcia. “It’s still an open investigation; I can’t talk about it,” he stated.

The jury did not buy Lage’s defense and found Garcia guilty. They were shown video footage of Garcia selling to two confidential informants. He will be sentenced June 3, facing life in prison.

In a separate case, he is also facing state racketeering charges after he allegedly paid men to steal bottles of promethazine with codeine syrup from several Walgreens and CVS stores.